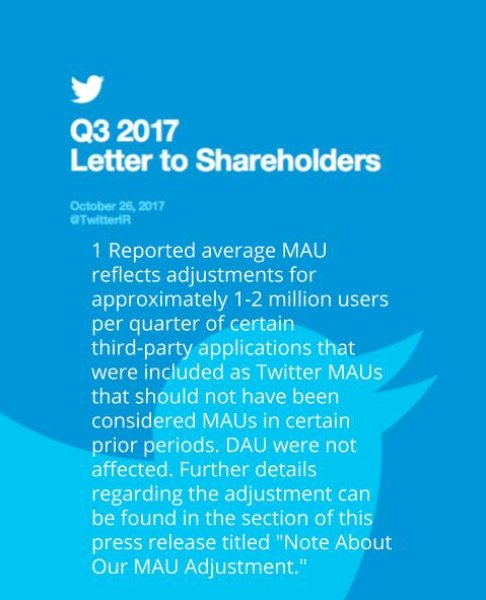 Twitter became the latest of the big digital media platforms to restate the audience estimates it reports to advertisers and investors. In a third quarter letter to shareholders, Twitter disclosed that it has overstated its monthly average user (MAU) counts for three years.

Twitter said the restatement was due to incorrectly recording “1-2 million users per quarter” from certain “third-party applications” to Twitter’s MAU count.

Twitter said the readjustment does not impact its daily average user counts, and added that due to its “data retention policies” it could not “reconcile periods prior to the fourth quarter of 2016.”

The revelation, coming at the end of a year of similar restatements by big digital rivals such as Facebook and Google, sparked a trigger of news reports, a well as a tweetstorm on Twitter itself. 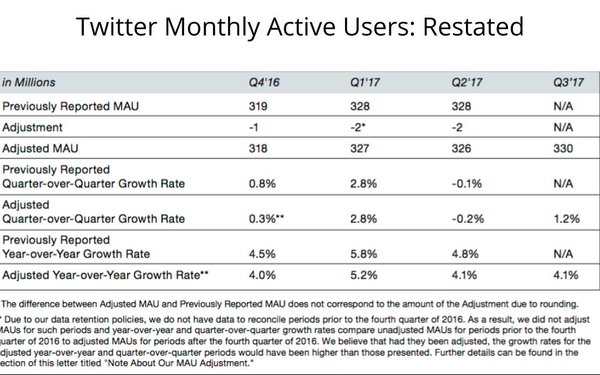