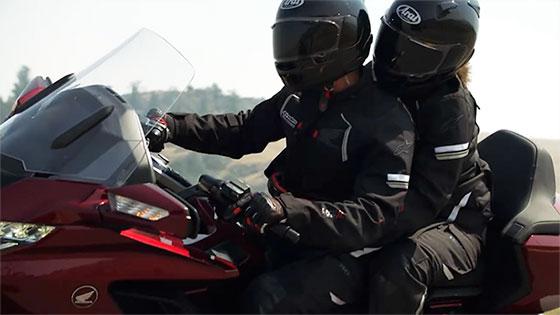 To support Honda's first major redesign of its Gold Wing motorcycle in 17 years, the automaker is addressing its fundamental marketing problem: How to shed the Gold Wing’s image as a “couch on wheels” and reach a new generation of riders.

Developed with its ad agency Dailey, the “What Lies Beyond” pivots from the typically product-first mindset of Honda motorcycle ads to highlight the touring lifestyle’s spirit of adventure. The content, designed to be universally relevant, is available to all countries marketing the Gold Wing, with each region adjusting the message as necessary.

“The big challenge for us was to create a bike and a campaign that appealed to our existing customer base while also attracting a customer new to touring,” stated Lee Edmunds, manager, Honda Powersports Marketing.This campaign's theme to celebrate exploration, to the end, "will appeal to all."

The campaign launches with a microsite hosting four videos promoting the vehicle.

The “What Lies Beyond" clip serves as an ode to the touring lifestyle that celebrates the appeal of the open road and highlights unexpected places and people. The “Beyond the Standard" video and interactive timeline celebrates the Gold Wing’s legacy and evolution from 1975 to modern day, bringing the iconic bike’s history to life.

A fifth video will launch next month. A supporting media mix will include TV and social media, though plans are still in development.

In addition, eight riding routes curated by Rever, a motorcycle trip planning app, are available for download and synced with the bike's onboard navigation system.