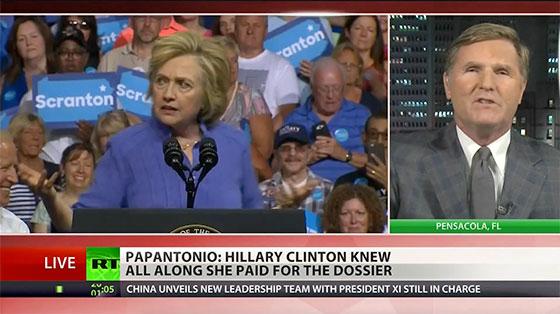 Capping off a busy Thursday for Twitter, the company said it is barring ads from two Russian-backed media organizations.

Effective immediately, “Twitter has made the policy decision to off-board advertising from all accounts owned by Russia Today (RT) and Sputnik,” the social giant stated on its Public Policy blog.

Twitter said it made the call after taking a closer look at activity on its platform during the 2016 U.S. presidential election.

The U.S. intelligence community has since concluded that both RT and Sputnik attempted to interfere with the election on behalf of the Russian government, which also factored into Twitter’s decision.

At least for now, the ban is restricted to those two entities, Twitter said Thursday.

Both publishers can still maintain a presence on the social network and promote their content organically, Twitter said.

In a show of good faith, Twitter also said it plans to donate the estimated $1.9 million in ad revenue that it has taken from RT and Sputnik since 2011.

Twitter said the funds will support external research into the use of Twitter in civic engagement and elections, including use of malicious automation and misinformation, with an initial focus on elections and automation.

Following Facebook’s lead, Twitter only recently noted the presence of Russian agents on its platform — and their efforts to influence the 2016 U.S. election. Of the roughly 450 accounts that Facebook recently shared as part of their review, Twitter concluded that 22 had corresponding accounts on its own platform.

In addition, Twitter said it found another 179 related or linked accounts -- none of which were registered as advertisers on its site.

Yet, Russian entities did use Twitter’s ad network to reach U.S. citizens, the company revealed. Specifically, Twitter admitted that it sold ads for accounts connected to RT, which it acknowledged has strong links to the Russian government.

In 2016, RT-affiliated accounts -- including @RT_com and @RT_America -- promoted 1,823 Tweets, which “definitely or potentially” targeted the U.S. market, Twitter determined.