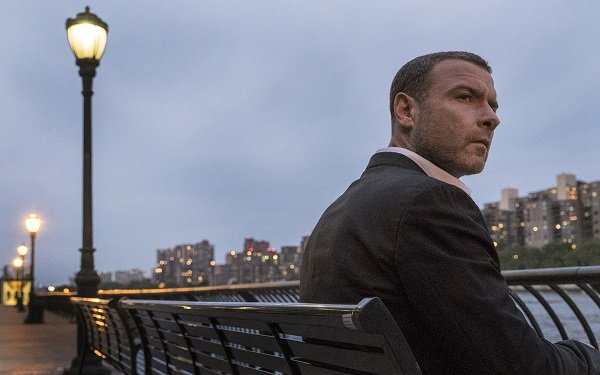 If you are among those who have now stuck with “Ray Donovan” through five consecutive seasons, then pat yourself on the back and take a deep bow.

For this was no easy task. The title character of this Showtime series is TV's least likable antihero. And in the fifth season that just had its finale Sunday night, Ray was worse than ever, if that was even conceivably possible.

Besides habitually stalking off in the middle of conversations (especially when someone asked him a question he did not feel like answering), Ray's most notable repeat behavior this season was this: He would enter a room with a scowl on his face, reach for the nearest whiskey bottle, pour it into a glass and drink it.

If you applied this behavior to playing your own “Ray Donovan” drinking game, then you would have been hammered before an episode was half over.

Ray was never drunk, though, but he was noticeably unkempt for the better part of the entire season. At times, while watching the episodes this season, you would have cause to wonder: Doesn't this guy ever take a shower?

This season's action took place in the show's usual locale of southern California, and also in New York, where Ray is apparently moving full-time for Season Six.

As the fifth season came to an end last weekend, there was an ostensible reason for this: Ray, a “fixer” for the rich and powerful in Hollywood, had become embroiled in a scandal (or several of them) in L.A. and his clients were abandoning him.

Despite this reason, the move to New York does not seem quite plausible, although the makers of this show now have a year or so to figure out how to make this story make sense.

The gossip is that the series’ star, Liev Schreiber (whose first name always auto-corrects to “Live” when you type it in Microsoft Word), would only agree to a sixth season if it could be filmed mainly in New York, where he lives.

It is also true that there is little more we can learn about Ray, his dysfunctional family and their lives in Los Angeles. Originally from South Boston, they were all transplants anyway, so maybe New York will make about as much sense as L.A. did.

The real question is: After five seasons, what does “Ray Donovan” (the show and the character) have left to say?

Ray himself didn't have much to say through most of the season that just ended. Perhaps when he establishes himself in New York, those little-town blues will melt away and he will make a brand new start of it.

On the other hand, right before the conclusion of the season finale on Sunday, Ray murdered a guy in a New York hotel room. Sure, the guy deserved it, but it's not a great way for a man like Ray Donovan to start his new life in the Big Apple.

Afterwards, Ray seemed contemplative as he sat along the promenade of the East River gazing at Roosevelt Island (photo above). No bodies were glimpsed floating by, and no one tried to rob him.

Perhaps there is hope for Ray Donovan after all.