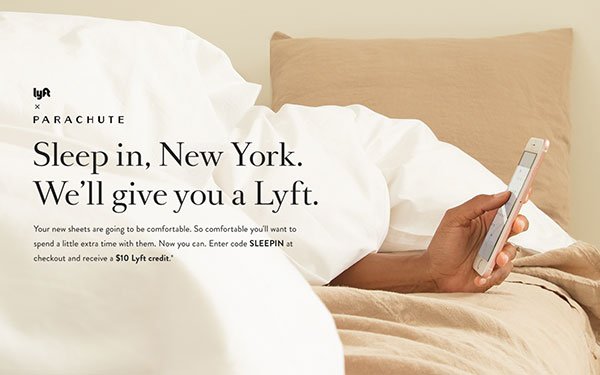 Following upstarts like Casper and Dollar Shave Club, Parachute is evolving beyond its online direct selling beginnings to introduce its first brand campaign to transform into a "lifestyle brand.”

Developed with Office of Baby, the "Very Comfortable" creative is designed to suggest its product line of sheets, towels and robes are so comfortable, people won’t want to get out of bed.

Ads include messages like “500 more minutes,” “Meeting invite. Declined.", “There’s no place like bed" and “Get dressed never.” 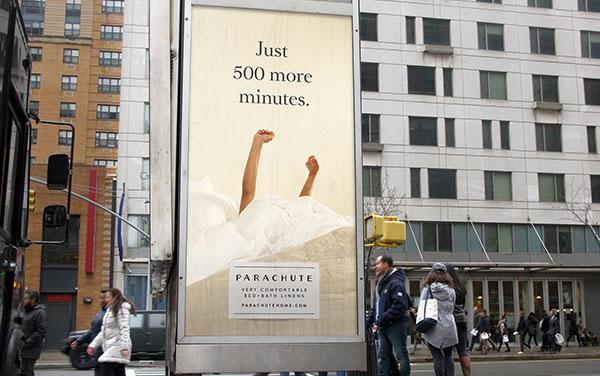 In addition, the campaign launches with a promotion with car service Lyft to build off the idea of comfortable sheets by suggesting people can stay in bed for a few extra minutes, since Lyft will make up the time difference.

This $10-off discount for Lyft can be activated when people type in the 'SleepIn' coupon code that appears on advertising copy with an order.

Parachute is focusing first on New York City; additional cities will roll out in the near future. Founder Ariel Kaye launched the brand three years ago as a bedding company and has since expanded it to offer bath, tabletop and baby collections.

Parachute's revenue is estimated to reach $30 million this year.