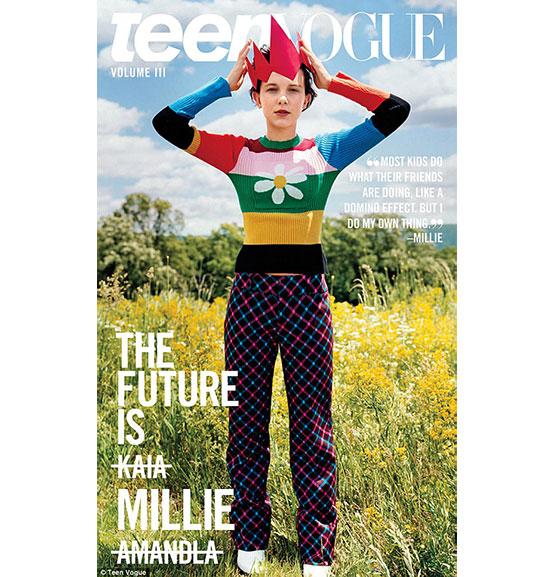 The publisher has also enacted a hiring freeze, cutting 80 jobs — about a 2.5% reduction of its 3,000 employees— according to WWD, which first reported the news.

Condé Nast will also reportedly reduce the frequencies of a number of its print magazines. GQ, Glamour, Allure and Architectural Digest will drop from 12 to 11 issues per year, while W and Condé Nast Traveler will go from 10 to eight issues a year. Bon Appétit will fall from 11 issues to 10.

Teen Vogue reduced its frequency to quarterly this year, down from nine issues in 2016. Rumors have circulated that Teen Vogue would go digital-only since 2015, when the business side of Vogue began to oversee parts of Teen Vogue as well.

The teen fashion title has gained national attention, due to its fierce critiques of President Trump.

Telling numbers from Business of Fashion, citing Alliance for Audited Media data, show the first two quarterly editions of Teen Vogue averaged 22,590 single-copy sales, versus an average of 47,689 per issue in the first half of 2015. However, Teen Vogue’s digital business continues to expand under the lead of Phil Picardi, digital editorial director at Teen Vogue and Allure.

As of October, Teen Vogue's average monthly unique visitors for the year were 8.27 million, according to comScore, up from 1.4 million in April 2015, when Picardi took over the site.

While it is unclear what these changes mean for Teen Vogue editor-in-chief Elaine Welteroth, she has become a popular face of the brand since she took the helm in 2016. At 29, she was the youngest person to hold the title of editor-in-chief in Condé Nast history.

WWD speculates Welteroth may step into the shoes of longtime Glamour editor-in-chief Cindi Leive when she leaves at the end of the year, or to Allure.

Condé Nast has started ramping up its digital efforts. Just last month, Picardi oversaw the launch of Them, an LGBTQ-focused digital publication.

“We’ve been reimagining our titles and creating new ones to more broadly reflect our culture today. Them is a perfect example of how we’re thinking differently about our audiences,” Anna Wintour, editor-in-chief of Vogue and artistic director of Condé Nast, stated at the time.

“Phil has brilliant insight into how people are engaging with each other through the content they read and watch. He has once again identified important and influential voices and stories to bring to the forefront.”