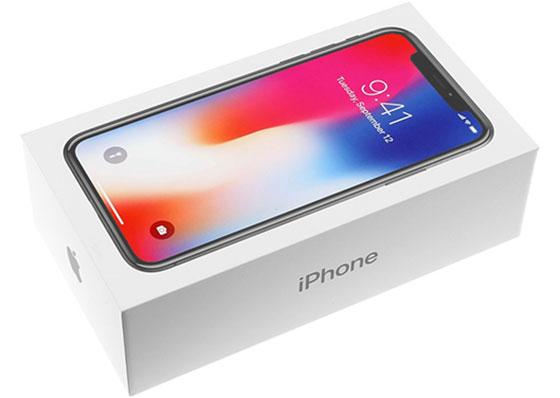 The tech giant also reported quarterly revenue of $52.6 billion, which represented a year-over-year increase of 12%. “We’re happy to report a very strong finish to a great fiscal 2017,” Apple CEO Tim Cook said in an earnings release.

Cook also said that Apple is looking forward to a "great" holiday season, powered by strong sales of the new iPhone X.

During the quarter ended September 30, Apple said it sold 46.7 million iPhones at an average selling price of $618. That amounted to $28.85 billion in revenue, according to the tech giant.

During the period, Apple’s services business generated $8.5 billion in revenue, which was markedly better than analysts' expectations.

Around the world, Apple’s stock appears to be rising. In China, iPhone sales jumped by about 40% in the third quarter, according to a recent report from research firm Canalys.

Thanks to that spike in sales, revenue growth in China surged from about $8 million to $9.8 billion, year-over-year.

“We believe this crucial region appears to be finding its sea legs again and is the main ingredient in Apple’s recipe for success around iPhone X upgrades during 2018,” according to Ives.

Rarely resting on its laurels, Apple also made aggressive moves into new businesses, this past quarter.

To compete with Netflix, Amazon and more established entertainment companies, Apple has reportedly set aside $1 billion to produce and acquire original content over the next year.

Among other opportunities, the company is reportedly in the running for the rights to the James Bond franchise.