Comedy Called 'No Activity' Should Attract No Viewership 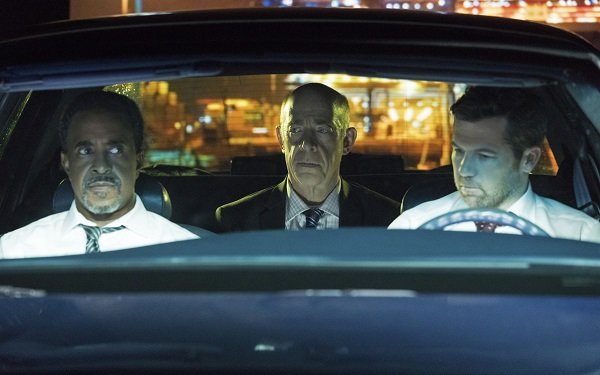 As you might guess from the title, the new CBS All Access comedy “No Activity” is a show about nothing.

But please don't expect another “Seinfeld,” which in the final analysis was not really about nothing anyway, although that became one of the show’s best-known themes.

However, “No Activity” is about nothing, literally. It is a comedy about cops on a very, very tedious stakeout at some sort of port facility in which nothing happens.

How tedious? Well, if you watch the show, the tedium they are experiencing is akin to what you will experience while watching them.

Maybe saying that literally nothing happens is not literally true. It's just that nothing of interest happens, such as any action other than the characters just sitting there. So, to pass the time -- and in the process, waste yours -- they talk to each other.

In fact, except for a very slight break in the tedium near the conclusion of the premiere episode of “Nothing Happens” -- uh, I mean, “No Activity” -- the entire show consists of three pairs of characters each sitting somewhere and having conversations that presumably are supposed to be funny. However, they are not.

This show is the first original comedy made exclusively for the CBS streaming service known as CBS All Access. The service's first drama was the new “Star Trek” spinoff “Star Trek: Discovery,” which seems to be a much safer bet for CBS's efforts to draw paying customers to this streaming service than this poor excuse for a comedy.

First of all, watching people converse can be very dull, unless you are watching a talk show designed just for that purpose (although if the show is “Charlie Rose,” for example, that can still be boring).

Secondly, the lion's share of the conversations heard in the premiere episode of “No Activity” are all about bathrooms and the activities that take place there, or bathroom activities that don't happen to be taking place technically inside bathrooms.

For example, the plainclothes detectives who are the show's two principal characters (played by Tim Meadows and Patrick Brammall, seen in the photo above with guest-star J.K. Simmons) while away their stakeout by discussing a variety of personal subjects. These include the rigid bathroom habits practiced by one of them. This is discussed at length and in great detail.

Meanwhile, another pair of characters -- two crooks awaiting some sort of shipment who are passing their time inside a shipping container -- are also having a conversation about bathroom activities. This concerns their use of a bucket to relieve themselves and the question of who should be the one to take it outside and dump it when it gets full. Lovely, right?

The third pair of characters are two female dispatch cops back at the station who are similarly bored with what they are doing. In one of their conversations, one of them goes off on a lengthy soliloquy about her teenage son and the sticky mess he makes in the bathroom at home.

After years of writing reviews of these kinds of “anti-comedies” (defined basically as “comedies that are not comedic, even though the participants in them think that they are”), I have come to the conclusion that when comedians are challenged to improvise in conversational scenes in shows of this type, their imaginations fail them and they end up falling back on bathroom-related topics.

This has happened so often over the years that I am assuming that at least some of these conversations in “No Activity” are improvisations. If they are, then they are an argument in favor of scripts -- which would do away with the necessity of improvising and make for a much better show, presumably.

In Episode 2 – which was also provided for preview by CBS -- bathroom topics are not as prevalent as in the premiere, although the comedy of discomfort continues with one conversation in which one of the dispatch cops -- played by Amy Sedaris -- graphically discusses the exercises she undertakes to strengthen her vagina.

Perhaps this is the principal activity in “No Activity”: Talking about subjects most of us really don't want to hear about.

“No Activity” premieres Sunday (November 12) on-demand on CBS All Access.