In Showdown With Critics, Disney Blinks -- For Now 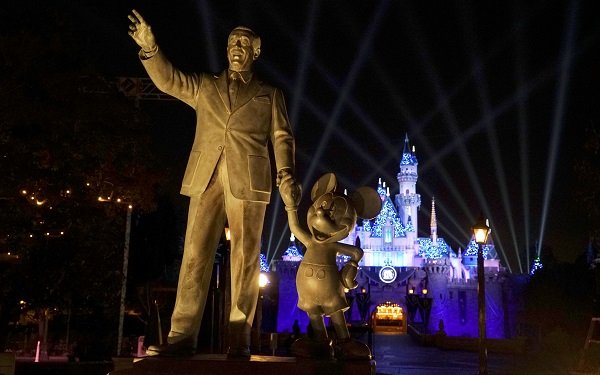 A recent clash between Disney and the nation’s community of movie critics could be a harbinger of things to come.

As a TV columnist and critic whose career in this activity has spanned several decades, I have long wondered when or if the TV networks will someday come to realize, or believe, that they don't really need journalists to write about them, especially if the coverage comes in the form of critiques that undermine their investments in new content.

In the conflict described in this AP story, it was not a critic's pan of a new Disney movie that ignited the ire of the Mouse House.

Instead, the dustup began with an investigative piece published in The Los Angeles Times about how the company conducts its business in Anaheim, California, where Disneyland is located.

Aspects of the story apparently angered the Disney company, so in retaliation, the company decided to ban Times reporters and critics from screenings of its upcoming movies.

Other news organizations such as The New York Times and Boston Globe sided with the L.A. Times and announced they would ignore Disney's movies in advance of their premieres -- denying the company reviews of its movies, and more crucially from a publicity point of view, the decidedly softer feature stories and interviews that customarily precede a movie's release.

Disney then backed down and withdrew the ban. Peace is reportedly at hand. But for how long?

No one has said this publicly, and nor would they. But it is possible that Disney may have been testing the waters for a future in which the company gets to release its movies with no advance exposure to critics.

In such a world, a critic's pan would have to wait until after a film opens instead of before, when negative reviews can have adverse effects on opening-day ticket sales.

I am not a movie critic, but as a TV columnist, I have felt for more than a few years that the time is coming when this whole system of allowing critics to have advance access to TV shows before they premiere will fade away.

It is probably overly simplistic to blame social media for undermining the influence of critics. Even before the rise of our present-day social media, Internet chat was already eroding the critics' power.

Today, the TV publicity apparatus is all-in when it comes to promoting their networks' new shows on social media.

Big media companies in the business of investing millions in the production of new content are well aware that this tool now exists with which it can bypass news organizations and speak directly to their end users.

They are not yet at the stage where they are bypassing TV-beat journalists and columnists, but when I heard about this Disney row with the L.A. Times, that's what I perceived was afoot here.

Let the record show that the TV publicists and p.r. departments that I have worked with for years are still very much in the business of servicing journalists with press releases, pictures and access to shows in advance of their premieres (for which I thank them sincerely).

Networks still want to see rave reviews too because they are still very much in the traditional business of ballyhooing their new shows with thumbs-up quotes from reviews.

It is also true that negative reviews today -- even the harshest of them -- don't have nearly the traction that they used to, for the simple reason that no big-city paper or national magazine wields that kind of power anymore. (An exception might be The New York Times, whose reviews of, say, Broadway shows might still have an impact on a show's long-term prospects.)

To me, though, here is what has really changed: Some years back, it was not uncommon for a TV critic to receive angry phone calls from network p.r. chiefs (or underlings) on the mornings when a particularly harsh or negative review was published in the paper.

As one of those critics, I can tell you that those calls were never pleasant. But at least they signified to me that the columns I wrote were having an impact, and that the networks cared about them enough to complain about them. Today, I never hear complaints anymore, no matter what I write.

Today, like so much else in our world, the importance of reviews published in newspapers or magazines (or on Web sites) has been diminished by the fact that the media today provides a platform for so many people to have so many opinions that the viewpoints of a few don’t matter as much as they once did (to say nothing of the steep declines in print circulation).

It may be many years before journalists and the entertainment companies they cover part ways. But in a world that is changing very rapidly, what seems impossible today can become possible tomorrow -- something everyone who works in the media business knows all too well.

tv
1 comment about "In Showdown With Critics, Disney Blinks -- For Now".
Check to receive email when comments are posted.
Next story loading