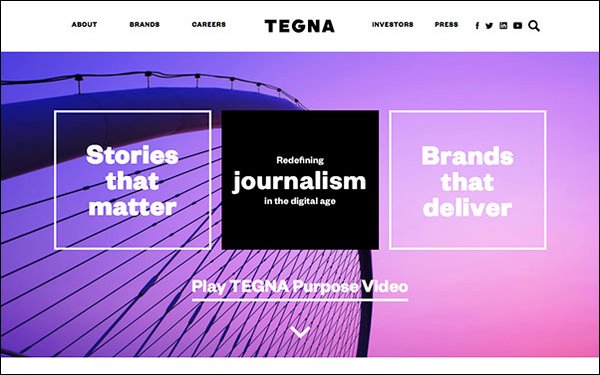 TV station group Tegna witnessed a 10% decline in third-quarter revenue due to higher Olympic ad sales, stronger political advertising of a year ago, and the impact of hurricanes this period.

The company says it lost more than $3 million in revenue due to the impact of Hurricanes Harvey and Irma. Political advertising was down to $3.8 million from $38.1 million.

Tegna’s third-quarter net income from continuing operations was down 33% to $50 million. The company was also affected by the conclusion of a transition services agreement with Gannett and the absence of revenue from digital company Cofactor, sold in December 2016.

Tegna says revenue from Premion, its OTT advertising unit, rose 92% during the second quarter. It did provide additional financial specifics. Premion has done more than 6,500 campaigns for more than 800 clients in 195 markets.

Tegna recently announced a deal with Cooper Media, starting up a new local-based digital TV network, called Quest. It is an ad-supported adventure and exploration network that is free to consumers.

The company has 46 TV stations in 38 markets, reaching 50 million adults on-air and 35 million across digital platforms. Tegna's mid-day Wednesday stock was down 0.6% to $11.89.