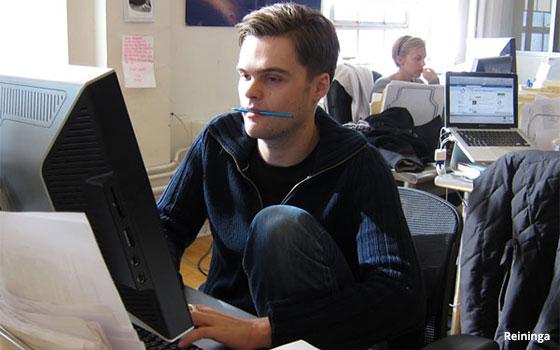 Former editor-in-chief of Vocativ, Ben Reininga, has been tapped as head of video at Gizmodo Media, which oversees Deadspin, Earther, Gizmodo, Jalopnik, Jezebel, Kotaku, Lifehacker, The Root, and Splinter. Reininga takes on his new role on November 20.

According to parent company Fusion Media Group, Reininga joins the company as it “continues to ramp up its video operation and is exploring various ways to extend the reach of its digital properties across more formats and platforms.”

Fusion Media Group recently premiered "Car vs America," a television show produced with the editors of Jalopnik for Fusion, the FMG-owned cable network.

Gizmodo Media’s editorial director Susie Banikarim said in a memo to staff: “Video is a top priority for us — exploring new ways to further our storytelling and engage the communities that make GMG so special is key to our continued success.”

Banikarim worked with Reininga when she was Vocativ’s Chief Content Officer.

This summer,Vocativ made a sweeping move to shift its focus solely on video and let go of its entire editorial staff, affecting roughly 20 employees. Reininga, who was named editor-in-chief in January, would remain in that role after a transitional period, and has since consulted for a number of media brands.

A growing trend for publishers is to hire producers and former editors to oversee video production, an increasingly important business for media companies meeting advertisers’ growing demand for video content.