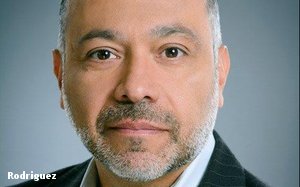 He succeeds Tom Carson, who announced his plans to retire in May.

Rodriguez most recently was executive vice president and CTO of AT&T’s Entertainment Group.

Prior to that, he held senior positions at Sirius XM, Cisco Systems’ Service Provider Video Technology Group and Microsoft’s TV Division, as well as serving as vice president of Xbox Partnerships for Microsoft.

Carson will stay on in an advisory capacity through the beginning of the second quarter of 2018 to assist in the CEO transition.