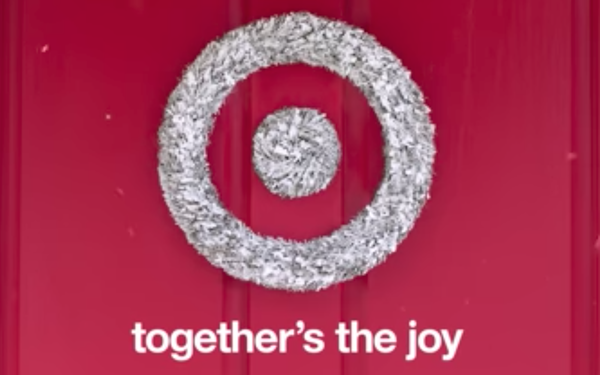 While Target Corp. is posting numbers that show its reinvention plan is working, even beating Wall Street expectations, its dimmer holiday outlook has many retail experts spooked. And that report comes as experts like Market Track and the National Retail Federation are forecasting substantial changes in the way America is likely to do its holiday shopping this year.

The Minneapolis-based retailer says its third-quarter sales rose 1.4% to $16.7 billion, up from $16.4 billion in the same period last year. Same-store sales climbed 0.9%. And digital channel sales, a closely watched metric as the retailer fights to fend off both Amazon and Walmart.com, jumped 24%. Net earnings fell 21% to $480 million, from $608 million a year ago.

All those came in near the high end of investor expectations, and chairman and CEO Brian Cornell delivered upbeat news about initial sales of new private label line Hearth and Hand with Magnolia, as well as confidence in its holiday marketing strategy. But his remarks that the retailer is anticipating a “highly competitive” holiday quarter, with of a sales gain of between flat to two percent, sent prices of its shares tumbling.

Part of that reactivity is likely due to mounting evidence that this holiday season will see even more marked shifts than recent years, with consumers less tempted by retailer-dictated time frames. Market Track, for example, says just 40% of the people it surveyed plan to shop in stores on Black Friday, down from 45% last year, while 54% plan to shop online, up from 52%. Only 30% say they plan to shop in an actual store on Thanksgiving, down from 50% in last year’s sample. The National Retail Federation’s estimates, also released this week, peg interest in shopping on Thanksgiving Day even lower, at 20%

Overall, the NRF predicts that 60% of Americans will shop somehow over the holiday weekend. But to reflect changes in the way people shop, it’s reformatted its research to include Cyber Monday results. It predicts Black Friday will be the busiest day, with 70%, or 115 million people, shopping; 43% shopping on Saturday (with more than three-quarters saying they do so in order to boost small and locally-owned businesses); 21% saying they intend to shop on Sunday, and 48%, or 78 million, indicating they’ll shop on Cyber Monday.

The continuing shift to online sales makes the timing of in-store events and price promotions less relevant, and it means stores like Target have to find new ways to tempt people inside. With its latest private-label launches and store remodeling, some feel it’s moving in the right direction.

Its remodeled store in Talking Stick, Arizona, for example, “has gone from being a dingy, down-at-heel shopping experience to an attractive, modern space that is pleasant and comfortable,” writes Neil Saunders, managing director of GlobalData Retail, reacting to Target’s earnings. He says its research confirms that Target shoppers are noticing the changes, too, with customer satisfaction, traffic and size of basket all showing increases.

And new brands, including Goodfellow & Co and A New Day, “are gradually attracting the attention of younger, fashion-conscious shoppers. However ... it is taking time to persuade people who have never bought clothing at Target to look again at the offer.” And while he notes that Target could move more quickly to roll these changes out, “the company is now in a much stronger position than it was at this time last year which bodes well for the holiday quarter and beyond.”

1 comment about "Target Sets Downbeat Tone For Holiday".
Check to receive email when comments are posted.
Next story loading