One Club Awards Will Make You 'Famous Famous' 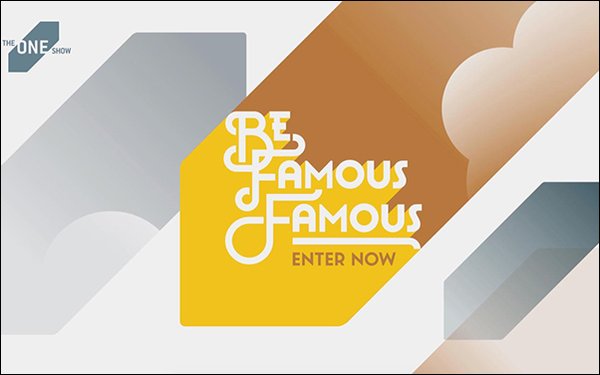 Winning an award at The One Club for Creativity’s One Show 2018 will make you famous according to its call-for-entries campaign.

The “Be Famous Famous” creative humorously claims that receiving a Pencil will make the winner famous beyond the ad industry.

In addition to the video, the campaign includes six animated banners as well as print assets.

The One Show entries can be submitted here. The deadline for submissions is January 31, 2018. Winners will be announced and celebrated at The One Show galas on May 9 and 11, 2018 as part of Creative Week in New York.