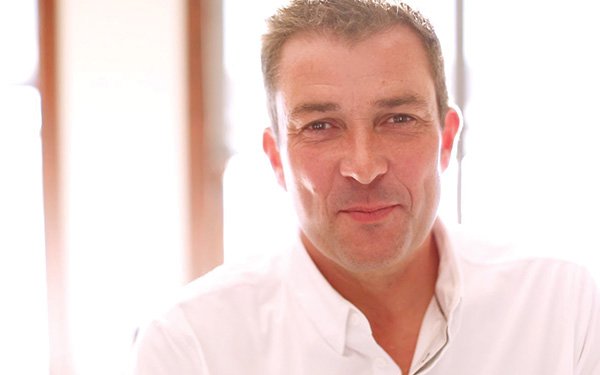 It’s always hard to resist a comeback story, particularly one that involves outsmarting companies like Nike and Under Armour. MediaPost is honoring Laurent Potdevin, CEO of Lululemon, not just for rebalancing the once-trendy and then-hammered athleisure company, but for steering it past the rocks that are battering its retail competition.

Since joining the company in 2013 in the midst of a public-relations nightmare, Potdevin has helped cement the brand as a millennial darling, and shaken up marketing: For the first time in its 19-year-history, it’s introduced a global campaign, “This Is Yoga,” already viewed by 50 million. It’s targeting men. And it’s expanding in fast-growing international markets.

It’s also leveraging the idea that Lululemon isn’t just a place for people to buy clothes: “It’s a place for human connections, at the intersection of mindfulness and athleticism,” he says in a recent CNBC interview. (Potdevin declined a MediaPost interview.)

Take its 2,500 ambassadors. While rivals all rely on high-powered athletes and models as influencers, Lululemon cultivates a more authentic crowd of yogis, athletes and activists. These local heroes often lead classes and programs at their nearest store, and bring Lululemon into their social-impact groups, from meditation for veterans to youth soccer to yoga for the homeless.

Lululemon tries to build those connections on a corporate level as well. Whether it’s in the Mindfulosophy meditation lounge of its new New York store, a partnership with the Dalai Lama Center, running the Vancouver SeaWheeze half- marathon or live-streaming a yoga class to 150,000 people in China, the company is steadily building relationships to its 421 stores, helping people find a little more meaning in their workouts.

While Lululemon still hasn’t regained the market value it enjoyed before the meltdown, it’s well on its way.

“Although Lululemon trades at a premium compared to the rest of our footwear and apparel universe, we believe this premium is warranted due to its high growth profile, and best-in-class brand image, operations, and execution,” writes Matthew McClintock, an analyst who follows the retailer for Barclays. He believes the company is on track to achieve its ambitious goal of $4 billion in annual sales by 2020.

First, a quick refresher: Following its founding in 1998 as a Vancouver athletic gear store by day and yoga studio by night, Lululemon became the unofficial uniform of millennials, as beloved as Google or avocado toast.

Disaster struck in 2013, when a flaw in its popular Luon fabric led to see-through pants. The defect ultimately cost $60 million in sales, but that wasn’t even the worst of it: Founder Chip Wilson then blamed the see-through effect on women’s chubby thighs. Fat-shaming customers is a bad idea for any brand; for one built on making women feel good about their bodies, it’s potentially fatal.

Potdevin started as the new CEO in 2014, after serving as president of TOMS Shoes, as well as 15 years at Burton Snowboards. It was a rough start. The britches brouhaha made the company a target. The New York Post complained that Potdevin looked “dumpy” and didn’t fit the company’s image.

And as the athleisure trend built momentum, dozens of apparel brands started coming after Lululemon’s core.

Fast-forward to this year, when powerhouse brands like Nike and Under Armour are struggling, their brand image getting mauled by e-commerce sites and struggling retailers. Yet Lululemon’s strategy is working: Its clothes can only be purchased in its stores or on its website, and it doesn’t sell any other brands. (It is, however, testing a footwear pilot, partnering with APL.)

Constant product innovation keeps loyal fans coming back for more, including the $98 Enlite sports bra, the new Everlux fabric and a growing line of outerwear.

Global expansion is key: Year-over-year growth in Asia is 70%, and in China, it’s up 350%. So is menswear, made with ABC, or “anti-ball-crushing technology,” and marketed in a campaign called "Strength To Be" that combines humor and masculinity. (Both it and “This is Yoga” are from Virtue, the ad agency owned by Vice.)

Potdevin credits “This Is Yoga” film, which has been seen by equal numbers of men and women, for part of its 23% gain in traffic.

Of course, there are pitfalls as the company ventures further off the mat. Climate misreads (not enough outerwear) to color missteps (playing it too safe) have caused sales blips. It’s closed most of its Ivivva stores, which were aimed at girls.

And now that a non-disparagement clause has expired, Potdevin and other Lululemon employees are stuck with the occasional potshot from gadfly Wilson, who still owns 14% of the company. And then there’s the risk that athleisure will lose its appeal, or that lower-priced competitors will steal its customers.

Even with those risks, Bridget Weishaar, an analyst who follows the company for Morningstar, writes that Lululemon, with “a unique and timely concept with its fashion-forward and technically advanced apparel, as well as a community-based store atmosphere for its niche yoga segment, will continue to outperform the general apparel space in the near term.”

And Potdevin says he is confident. “As an originator brand, we remain at the forefront of the market we created,” he told investors during its most recent earnings call, “powerfully owning our position as the brand that defines an active mindful lifestyle.”