Nearly Two-Thirds Of U.S. Homes Have Devices That Can Stream To TVs 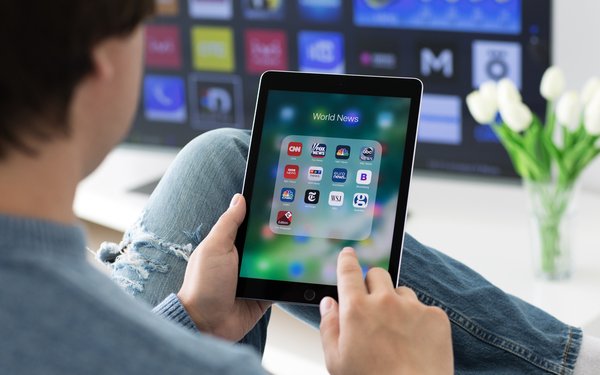 Nearly two-thirds -- 58.7% -- of U.S. TV households now have at least one device in their homes capable of streaming video to their TV sets, including smart TVs, video game consoles and streaming boxes like the Roku or Apple TV, according to the Q2 edition of Nielsen’s Total Audience Report.

For comparison, the Nielsen Total Audience Report for Q2 of 2016 found that 52% off households had one or more of those devices, meaning that their penetration increased by 12% year over year.

Most of those surveyed only have one of those streaming-capable devices, though some have multiple devices, with 5.5% reporting all three categories of devices: smart TV, video game console and multimedia device.  Gaming consoles were the most popular category, with 12.2% of households exclusively using it as their gateway to streaming services, and an additional 15.6% using it in tandem with one other category of device.

As over-the-top video services proliferate, companies are jockeying to become the living room's gateway to those services. Video game console makers like Nintendo and Microsoft find themselves competing with streaming device makers like Roku and Amazon and smart TV manufacturers like LG and Samsung in a bid to connect consumers to services like Netflix and Sling TV.

Of course, that 59% stat means that there is still ample room to grow in all of those categories.

Nielsen also found that homes with streaming-capable devices skewed younger than the average household, with almost half under the age of 45. Those homes also tended to be in urban and suburban areas, with heads of household that worked in white-collar occupations.

The Nielsen report also found that smartphone use was up significantly among all consumers, while viewing on TV sets was down year over year.

nielsen, online video, ott, streaming, tv, video
1 comment about "Nearly Two-Thirds Of U.S. Homes Have Devices That Can Stream To TVs".
Check to receive email when comments are posted.
Next story loading