Element Tries To Break Through With Fox Sports 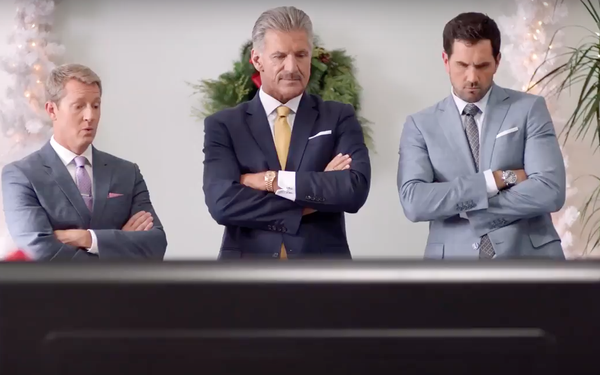 Breaking through in a crowded category such as electronics (and an even more crowded subcategory like televisions) can be tough. It helps to have a targeted plan.

Upstart brand Element Electronics has been spending the college football season in partnership with Fox Sports, using the network’s on-air analysts in its own targeted campaign. The spots (of which the last — a holiday-themed spot — began airing this week) feature the commentators — Matt Leinart, Robert Smith, Dave Wannsteadt and Rob Stone — spending extra time primping before going on air because of the Element’s high picture quality and commenting on the TV’s quality rather than the on-field action during replays.

“Element customers love live sports and and no other TV company was really owning college football,” Ellie Anderson, CEO of Griffin Archer, the Minneapolis agency behind the campaign, tells Marketing Daily. “The Fox analyst team was the perfect fit for the energy of the Element brand — great chemistry and an even better sense of humor.”

The spots are the brand’s second-year of a partnership with Fox Sports, having featured Leinart in commercials last year. In addition to the commercials, the brand also sponsored an on-air segment hosted by Leinart this year. The brand will continue its Fox Sports partnership through 2019, Anderson says.

In addition to targeting college football fans on Fox Sports, Element is broadening its reach with social media and print advertising, as well as through giveaways on shows like Steve Harvey's "Steve," "The Wendy Williams Show" and "The Talk."