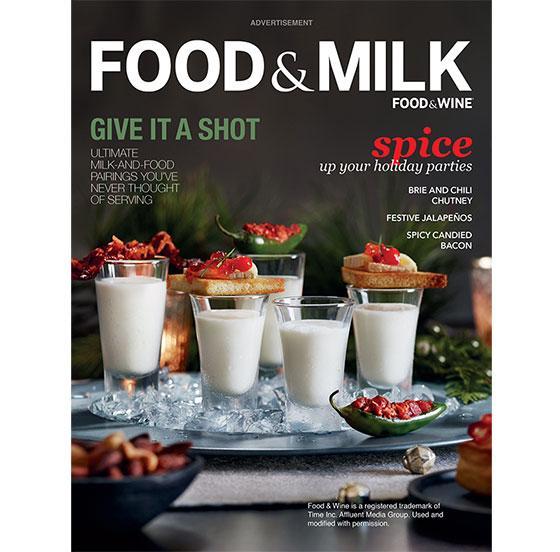 California subscribers shouldn't be concerned that this month's Food & Wine magazine appears in their mailboxes as Food & Milk.

For the first time, the magazine is changing its name as part of a new campaign from the California Milk Processor Board (CMPB). This geo-targeted promotion will reach 92,000 out of the magazine's 925,000 subscriber rate base.

Goodby Silverstein & Partners (GS&P) convinced the magazine and publisher Time Inc. that this placement will reconnect milk to modern foods.

“Our approach to planning media is not to place an ad, but to hack the media so you can’t separate the creative idea from its context,” says Christine Chen, partner and director of communication strategy, GS&P. "Naturally, they had the right concerns about their brand and whether we would uphold their quality but they were surprisingly open and incredibly supportive."

The campaign features a cover wrap that is identical to the national Food & Wine cover, but with shot-glass-size servings of milk instead of wine placed in a holiday-party setting. The cover wrap will have additional executions on the inside front cover and inside back cover of those copies of the magazine exclusively designated for California Food & Wine subscribers.

The creative concept is part of CMPB's “Food Loves Milk” campaign - which launched in September 2015 - to highlight milk’s ability to complement a range of flavors, from savory to spicy to sweet.