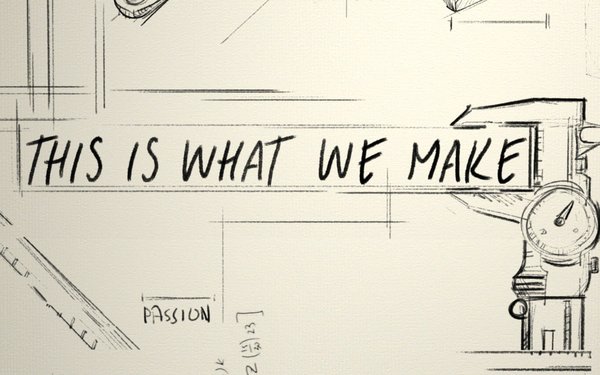 The film marks the first time either party has developed original, long-form content. "This Is What We Make" showcases three thought leaders' experiences alongside three Amazon Launchpad entrepreneurs on how they turned an idea into a reality.

The long-format documentary is available on Prime Video through the Amazon Video Direct self-publishing service. RPA handles media and branded content for Acura, while Mullen is the automaker's creative agency.

The featured entrepreneurs are John Alexiou of SubPac, Jason Johnson of August Home and Filippo Yacob of Primo Toys. Amazon Launchpad is a program that helps startups and entrepreneurs launch, market, and distribute their products to hundreds of millions of Amazon customers across the globe.

Acura opted to partake in the project since it is also an entrepreneurial, challenger brand at its core, according to the automaker. The documentary also features perspectives from three business leaders: Jon Ikeda, vice president and general manager of Acura; Gregg Zehr, president, Amazon's Lab 126; and Gina Bianchini, founder and CEO of Mighty Networks. The three share their insights about how to persevere and stay true to your purpose and values throughout the process.

"My advice to entrepreneurs is that having the willingness to challenge convention is absolutely critical to success,” Ikeda says in a release. “'This Is What We Make' is a valuable playbook for those looking to make their dreams a reality.”

The documentary will be promoted via co-branded media through the end of the year, driving to a custom Acura and Amazon Launchpad page (www.amazon.com/acura). In addition, custom content from the film will be shared through various Amazon channels and showcased on the Fire tablet wake screen and Amazon Fire TV from mid-November through the end of December.  It is available now on Prime Video and through the Amazon Video Direct self-publishing service.

"Like many of our Amazon Launchpad startups, the three featured in this film have remarkable stories from which we can all draw inspiration," said Jeremi Gorman, head of U.S. sales for Amazon Media Group, in a release.