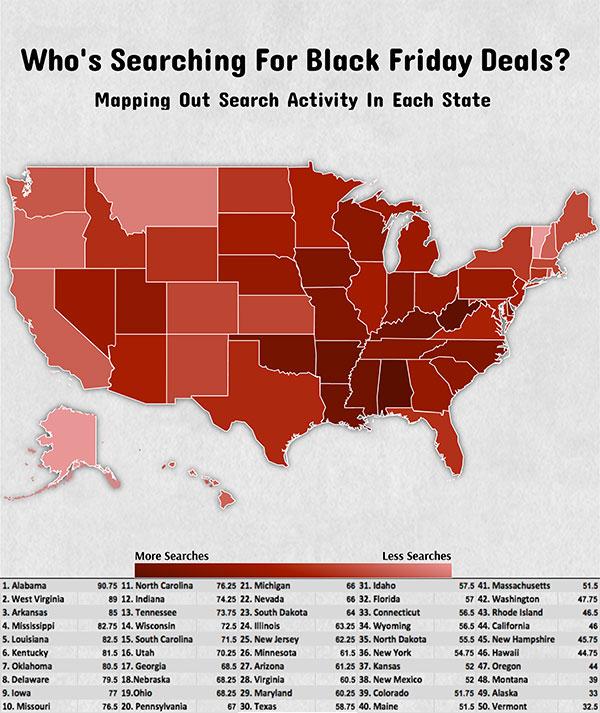 The search team at New South Performance, an ecommerce site specializing in design and manufacturing of automotive parts and accessories for Volkswagen, Audi Porsche and other automakers, put together an infographic showing the states in the U.S. where consumers are searching the most and the least for Black Friday and Cyber Monday deals. 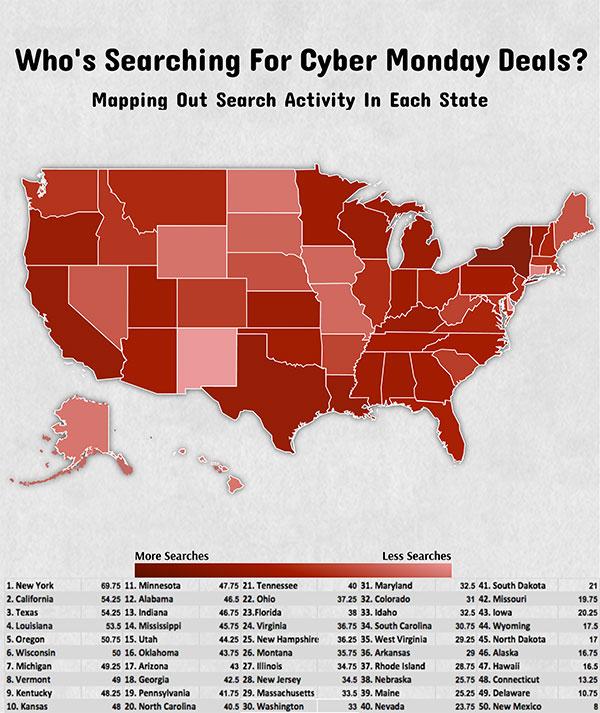