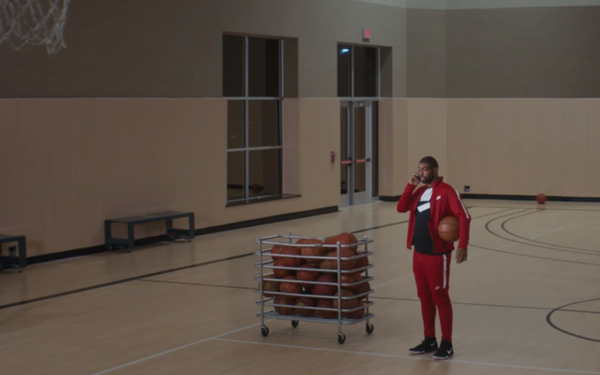 Hoping to wow fickle sneaker fans, Foot Locker says it is teaming up Nike to create the latest version of Sneakeasy, a pop-up shop in New York that both companies hope can reinvigorate Nike’s recent sales stumbles.

Foot Locker, which has used the Sneakeasy pop-up concept before, says this season’s version, scheduled to open in lower Manhattan this week and run until Dec. 1, will “unlock the magic of the sneaker hunt” with a curated collection of Nike and Jordan items. (Fans can start reserving some shoes, like the $160 Special Field Air Force-1 Mid “OBJ,” using the Foot Locker app.) And in an effort to improve customers’ shopping experiences, it’s adding Nike Pro Athletes and Nike Pro Leads in its stores, sales associates especially trained by Nike.

The announcement comes at a time when sporting goods retailers and athletic brands are struggling to find ways to differentiate brand and shopping experience, as consumers increasingly shop online for their kicks, where they are more driven by price. And even when they do go to physical stores to buy shoes, they are more likely to head to national chains and department stores than to specialty chains.

While the results are somewhat better than the prior quarter and ahead of what many expected, “the sales declines at both the total and comparable level show that Foot Locker is still moving backward,” writes Anthony Riva, an analyst at GlobalData Retail who follows the retailer. But he calls the latest Sneakeasy idea good news: “While this does not reduce Foot Locker's reliance on third-party brands, it provides some comfort that it has the backing of the leading brand at a time when traditional routes to market are being reconfigured.”

Nor is it an easy time for Nike. The NPD Group, the Port Washington, N.Y.-based market researcher, says that while the decline in performance basketball moderated in the third quarter, sales were still off in the high single-digits. Adidas is continuing to gain, writes Matt Powell, vice president and industry analyst, in his analysis of third-quarter sales. Nike brand sales, however, eased in the low single-digits, while sales at Brand Jordan sales dropped in the mid-single digits.