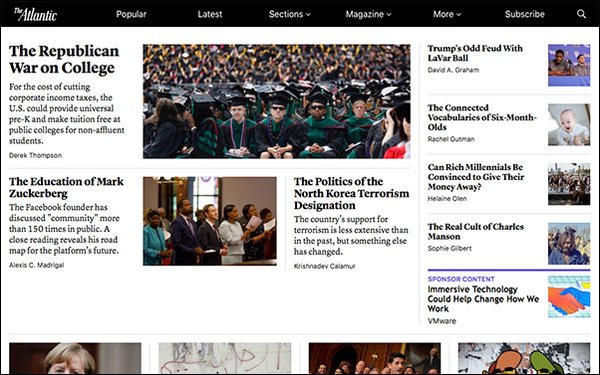 It's been an interesting year for TheAtlantic.com staff — following the promotion of Adrienne LaFrance to website editor and now Swati Sharma, currently the deputy general assignment editor at The Washington Post, to deputy editor of the digital team in January.

Previously, Sharma worked at The Washington Post as deputy general assignment editor, helping in the development of a mobile-first storytelling project. In 2013, while at The Boston Globe, Sharma spearheaded live-blog coverage of the Boston Marathon bombings. The publication later won the Pulitzer Prize for its coverage.

Sharma will work closely with LaFrance in managing the day-to-day operations of the site and will be integral in coordinating what The Atlantic calls its "most ambitious editorial projects."

“She has a strong news sensibility, a deep understanding of the mobile web, and a natural sense for what a real-time magazine can and should be,” says LaFrance.

This has been a banner year The Atlantic's site. It saw an audience increase of more than 30% in 2017, with a record 42.3 million unique monthly visitors in May 2017.

LaFrance adds The Atlantic's charge is to remain “a must-read source of news and analysis for the smartest and most curious people in the world.”  She says it will “keep breaking big stories while also intensifying the drumbeat of deeply reported pieces."