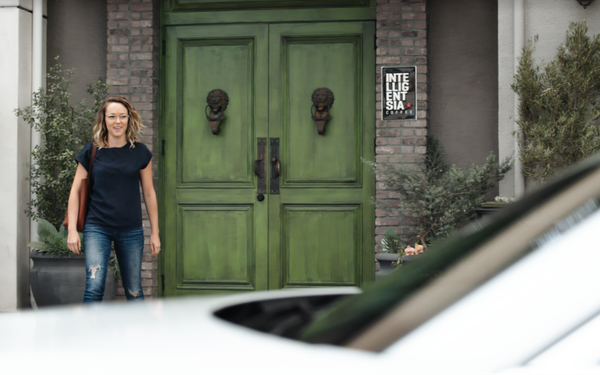 Porsche partnered with a Southern California coffee shop to offer patrons a cup of coffee so strong you need to sign a waiver.

But the E-Jolt drink is so much more than coffee. The unsuspecting patrons at Green Door Cafe are whisked away to Porsche’s California facility where a professional Porsche race driver treats them to a high-voltage spin in the brand new Panamera Turbo S E-Hybrid.

While Porsche has previously made hybrids, the Turbo S E-Hybrid is the first launch where their hybrid is branded with under the Porsche E-Performance line because the Panamera Turbo S E-hybrid is the most powerful Panamera ever.

Inspiration for the video came from the car itself: 680 horsepower, 0-60 mph in 3.2 seconds. These are unexpected numbers for any car, let alone a hybrid sedan. This made a surprising, eye-opening execution feel right, says Marshall Ross, chief creative officer at Cramer-Krasselt.

“For Porsche, we’re always looking for ways to behave innovatively rather than simply talk about innovations,” Ross tells Marketing Daily. “In this case, the innovation of hybrid fuel efficiency and true Porsche exhilaration will speak for itself if we let the car do its thing.”

The trick was to create a situation that would give people a smile because how [we] demonstrated the car felt fresh and surprising, he says.

“You’ve got people thinking they’re about to get a cup of high-powered coffee and instead of coffee they get whisked away to a track to and then hot-lapped by a professional driver,” Ross says. “People can imagine themselves in that situation and wonder how’d they’d react.”