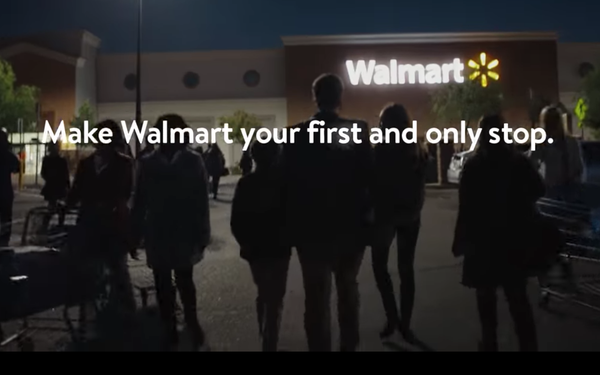 With Americans preparing to don their turkey pants and waddle into Black Friday weekend, Walmart, Target and Best Buy are hoping they’ll be inspired by an overstuffed ad budget. So far, these retailers have spent $51 million, $42 million and $19 million, respectively.

And, according to Kantar Media, which puts Kohl’s and JC Penney in the No. 4 and No. 5 spot, overall retail ad spending on national TV ads is $353 million, up from $323 million in the same time frame a year ago. (Kantar tracked the period between Halloween and November 16-17 in both years.)

So far, at least, it looks like consumers are in the mood to respond, with 70% of American adults saying they are likely to shop in stores on Black Friday, according to a new survey from Deloitte, about steady with last year. In a surprise, the survey finds a decrease in people planning to shop online that day, 47% versus 55%.

And while it says there will be an increase in shopping physical stores this year, the survey, based on some 1,200 adults, predicts that the bulk of the weekend’s spending (52%) will be done online, and 46% in stores. (The remainder is likely to be spent on catalog shopping.)

And between online and in-store shopping, some 75% of people say they indicate to do some type of shopping over the long weekend.

Deloitte also forecasts some good news for department stores, which have been especially vulnerable to the online insurrection, with 51% naming a department store as their No. 1 destination, followed by mass merchants, such as Walmart and Target, at 39%, and electronics, office supply or computer stores, at 38%.

Last year, InfoScout reports that 43% of households actually did shop in stores on Thanksgiving Day, with 65% doing so on Black Friday, and 58% on Cyber Monday.