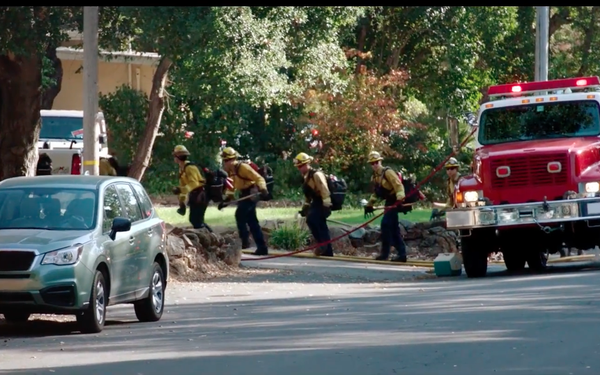 Thanksgiving is a time of families taking time off to come together and be thankful for all that they have. In a one-time-only ad during NBC’s coverage of the Macy’s Thanksgiving Day parade, Verizon is encouraging people to be thankful for the first responders working (even on Thanksgiving) to keep everyone else safe.

“Verizon has been a proud supporter of public safety nationwide for decades,” John Nitti, chief media officer for Verizon, tells Marketing Daily. “This segment is a continuation of our commitment to first responders, giving them thanks for the work that they do everyday, but more so, on days like Thanksgiving, a holiday all about family and togetherness where many first responders spend working instead of with their loved ones. We want to use this holiday to thank those who keep us safe every day of the year.”

The spot, from Verizon’s agency, McCann, intercuts shots of people preparing their Thanksgiving meals with those of first responders doing their jobs. A voiceover encourages people to “set an extra place” at their holiday table in honor of all the first responders who don’t get the day off and are “giving their time on our behalf.” The spot continues to give thanks for “all those who give their days, and their nights, so that we may have ours.” The spot notes that many first responders rely on Verizon for their communications, and thanks them for keeping everyone safe. It ends with the line, “The strongest connection is the one between all of us.”

“First responders sacrifice so much, yet bring such passion and joy to their work. We wanted to capture that — so our tone is celebratory,” Nitti says. “The notion of symbolically setting an extra place helped us connect the traditional Thanksgiving meal with those who are on call, working to keep us safe.”

Airing the one-time-only spot during the Thanksgiving Day Parade coverage was a way to reach a range of audiences across the country all at once, Nitti says. However, the company will be using the power of social media to spread the message wider.

“Running the spot only once during the broadcast makes the moment it is on screen a special one and reinforces the message that we’re appreciative of the work first responders are doing,” Nitti says. “Since we want to be sure the message is shared widely, we'll also be sharing the spot on our social channels.”