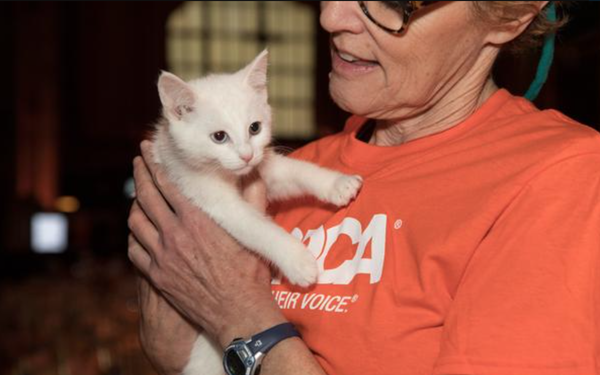 For the first time in its 10-year partnership, the ASPCA will host “Cat Friday” today as a Subaru Share the Love fee-waived adoption event, in support of the ASPCA and the automaker’s longstanding commitment to help animals across the country.

As part of the 2017 Subaru Share the Love event, the ASPCA has provided grant funding to 90 animal welfare organizations across 36 states to support Share the Love fee-waived pet adoption events they co-host with their local Subaru retailer partners. Last year, the ASPCA’s participation in the Share the Love event resulted in a donation from Subaru of more than $3.2 million. Since 2008, Subaru has donated over $16.5 million to the ASPCA. This helped support over 1,200 adoption events and impacted the rescue, transport, and adoption of nearly 40,000 animals nationwide.

In addition to Share the Love, Subaru has supported the ASPCA’s work including adoption, spay/neuter, micro-chipping, and transport efforts throughout a variety of programs.

During the 2017 Subaru Loves Pets initiative in October, the ASPCA provided grant funding to 110 animal welfare organizations across 35 states and Washington, D.C.., to host fee-waived adoption events in partnership with their local Subaru retailers, resulting in more than 2,900 adoptions. As part of the ASPCA and Subaru Loves Pets Rescue Ride grant program, the ASPCA has provided more than $500K in grant funding over the past four years to support animal transports, saving more than 20,000 animals as of 2016. Additionally, the Subaru VIP Program for ASPCA Guardians and Founders donates $100 to the ASPCA for every new vehicle purchased or leased through the VIP Program.

During this year’s Share the Love event running through Jan. 2, Subaru of America will donate $250 for every new Subaru vehicle purchased or leased to the customer’s choice of the four national charities. Along with the  ASPCA, the three other charities are Make-A-Wish, Meals on Wheels America, and the National Park Foundation.

In addition, participating Subaru retailers can select one or two hometown charities from their local community in which customers can direct their support.

Subaru launched a campaign earlier this month supporting the effort.