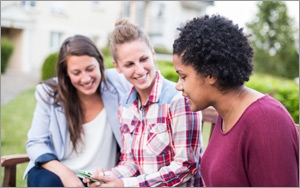 Less than half of those surveyed say children are part of “the good life” and less than a quarter say college education, according to GfK.

The top three most popular items selected by people internationally are good health, financial security and leisure time. These are followed by a happy marriage, travel for leisure, a home you own and control over one’s life.

GfK surveyed 23,000 consumers online in 17 countries this past summer about what factors they personally see as being part of “the good life,” specified as the life they would like to have. Data are weighted to reflect the demographic composition of the online population aged 15+ in each market. The global average given in this release is weighted, based on the size of each country proportional to the other countries. Countries included are Argentina, Australia, Belgium, Brazil, Canada, China, France, Germany, Italy, Japan, Mexico, Netherlands, Russia, South Korea, Spain, the UK and the United States.

Good health was selected by nearly 8 out of 10 of respondents, while financial security garnered 7 out of 10 and leisure time 6 out of 10. Over half of people also see a happy marriage, travel for leisure, a home you own and control over one’s life as being part of the good life. And exactly half include having a job that is interesting.

Less than half of people include children, spiritual enrichment, or a yard and lawn or nice garden. Less than a quarter include really nice clothes, accessories or jewelry, a college education, the latest electronics and gadgets or a luxury or second car.

College education has greater “good life” resonance with younger age groups than older ones. Teenagers lead with 29% including this, falling to 26% of 20 to 29-year-olds and 23% of those aged in their 30s and 40s, with further drops for those in their 50s and 60-plus. This trend of lessening popularity within each consecutively older age group is also seen for the factors of really nice clothes, accessories or jewelry, having the latest electronics or gadgets and having a luxury or second car.

In direct contrast, good health, financial security and control over one’s own life is most popular among older age groups than younger ones, for their vision of a good life. For financial security, this is led by those aged 60 plus, where 78% include this, and then falls steadily for each consecutively younger age group, to reach just 64% of teenagers.

From a geographic standpoint, Argentinians (71%) are the most likely to include traveling for leisure in their picture of the good life. They are followed by Brazilians (67%) and Spaniards (66%). Financial security, on the other hand, has most resonance with people in Russia, where 82% list this, followed by those in Germany and Belgium (both 79%).