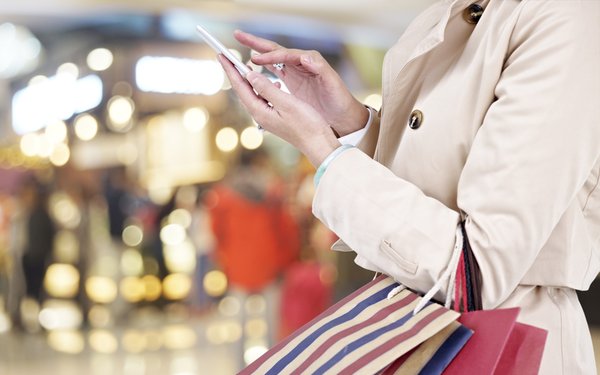 Consumers turned to mobile devices in record numbers on Thanksgiving Day and on Black Friday in the U.S. for purchases, with 66% of orders made with a phone or tablet -- up from 58% in 2016. The numbers from Shopify show that desktop sales continue to drop, accounting for the remaining 34% -- down from 42% during the 2016 Thanksgiving holiday weekend in the U.S.

The company also began sharing a global look at live sales during the holiday weekend from its Live Data Dashboard. The heat map shows where sales originated through Shopify’s platform. The dots represent global sales from merchant stores, and the lines indicate where the buyers are relative to the shops.

Criteo also saw an increase in purchases from mobile devices on Thanksgiving Day, and reported that spending peaked online at 9 p.m. EST, with 46% of all purchases occurring on mobile phones. Across the board, consumers demonstrated a higher propensity to spend. The average order value for the day came in at $180 -- up $24 more than the average day for the month among the billions of product searches and millions of completed transactions on retail sites that Criteo supports.

Black Friday has fizzled out a bit. Online shopping on Black Friday did not show the gains it had in the past because retailers triggered deals earlier in the month, but gains still hit more than 50% during the first week of November. Criteo reported that on Black Friday the number of online shoppers rose 3.5% compared with last year, and the number of purchases rose 12.5%.

Some 40% of transactions were completed on mobile devices on Thanksgiving Day, according to Criteo.

Overall, sales on Thursday and Friday rose 26% compared with the same days in 2016. Traffic to sites rose 19% -- flat compared to last year. Salesforce reported that the average order value rose from $120 to $122.