What Will Meredith's Buy Mean For Time Inc.'s OTT Plans? 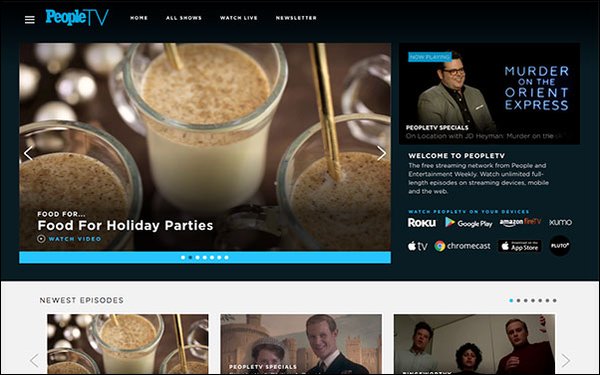 Earlier this year, after acquisition talks with Meredith Corp. and another investor group fell through, Time Inc. released a battle plan for moving the company forward as an independent entity.

As announced by CEO Rich Battista, that plan focused on a few key areas: branded content, native advertising and video.

The video initiative was the first to move ahead.

The company launched an over-the-top video streaming service called PeopleTV, and announced another based on its Sports Illustrated brand. These moves were part of a strategy for Time to apply its marquee magazine brands to, as Battista described them on an earnings call earlier this year, “premium video experiences.”

Now, however, with Meredith having successfully secured the financing to acquire Time Inc., the company’s OTT future isn't as clear.

A Time Inc. employee who attended a town hall hosted by Battista Monday morning told Digital News Daily the CEO painted an optimistic picture for the company, and for the video-heavy plan he helped design, while acknowledging that Meredith may have its own strategy for leveraging the company’s brand portfolio.

“As I’ve said many times, I believe in our strategic transformation plan and in our ability to write the next great chapter of this storied company,” Battista wrote in a note to Time Inc. staff Sunday night. “That said, as a publicly traded company, and one operating in such a dynamic industry as media, we know circumstances can change quickly.”

Meredith, for its part, is not heavily invested in the OTT business. Still, as the owner of dozens of local TV stations, Meredith produces hundreds of hours of video every day. In addition, Meredith brands like AllRecipes and Parents produce short-form digital video for their websites and social channels. The company has also announced plans for a Rachael Ray video project for 2018.

Still, the company does not have any OTT offerings to rival PeopleTV or Sports Illustrated’s upcoming service.

On Time Inc.'s last quarterly earnings call, Battista was defensive as he responded to questions about the company’s plans. “We do have an optimistic tone because we believe that we are executing on what we said we would lay out this year,” he said.

“We've had to make some action steps that we think will position us for long-term success," he added. "I would highlight a couple things. We've got $1 billion of non-magazine revenue which is growing. And it's in highly valuable areas. It's in places like branded and native content, in video and other brand extensions, live media and the like.”

Presumably Meredith renewed its bid for Time Inc. at least in part because of its non-magazine revenue. And with many advertisers hungry for video content, Meredith needs to beef up its video offerings accordingly.

As it plots out what to do with the family of brands it is acquiring, the fate of Time’s ambitious OTT plans is one issue Meredith will have to consider. Is Time Inc.'s OTT strategy a starting point? Or will Meredith take things in a new direction?