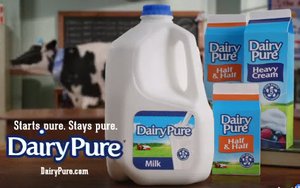 Dean Foods “has quietly decided to leave” the Grocery Manufacturers Association (GMA), according to Politico.

That would make Dean the third major food manufacturer to leave the trade association that has long lobbied in Washington for large food companies’ interests.

Campbell, which had already broken ranks in 2016 by announcing that it would voluntarily disclose GMOs on the labels of its own products, last month announced that it was joining the Plant Based Foods Association. “We are committed to providing our consumers with food choices that meet their nutrition, well-being, and lifestyle needs,” said Ed Carolan, president of Campbell Fresh, a division that includes Bolthouse Farms and Garden Fresh Gourmet.

Nestlé, the world’s largest food company, has also decided to leave GMA at year’s end, Politico reported in October. That was confirmed by GMA, although Nestlé declined to discuss the matter.

Nestlé had “been at odds with the trade association on some of the most high-profile issues in Washington in recent years,” the news site reported. “It was among a handful of companies that backed an Obama administration effort to mandate added sugars labeling and encourage food companies to cut back on sodium voluntarily—two policies that GMA lobbied against. Nestlé also helped push GMA to submit split comments on added sugars labeling to the FDA, so the association essentially included the pros and cons of the policy rather than presenting a unified front opposing the idea.”

Several other companies, including Mars, are also considering leaving GMA, according to Politico. Mars declined to comment.

The departures point to fissures in a long-united industry, reflecting transformational stress on CPG companies and food retailers resulting from consumers’ shift to embracing fresh, “clean” food and beverages.

As the reports noted, Credit Suisse recently estimated that the top 20 food and beverage companies lost about $18 billion in market share between 2011 and this year.

Roger Lowe, executive vice president of strategic communications for GMA, issued a statement in response to the Politico report asserting that the story “relies heavily on nameless sources and former GMA staff who are out of touch with the organization’s work in recent years or who are eager to advance their own personal agenda.” Those critics “have little knowledge or interest in acknowledging GMA’s trailblazing work in transparency…” and in food safety and food waste reduction, he said.

The GMA spearheaded the ultimately-passed GMO disclosure compromise legislation that allows companies to use QR codes to refer consumers to GMO ingredients information online, as an alternative to on-pack information. Prior to that, it spearheaded the creation of the voluntary, QR code-based SmartLabel package label system for nutritional information, including GMO content — also an alternative to mandatory federal on-package labeling proposals — which has been widely adopted by large food companies.

Lowe’s full response can be read on GMA’s site.