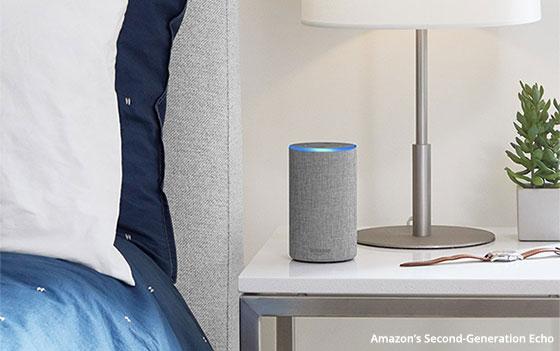 ‘Tis the season for the smart speaker.

Over the last weekend, Amazon reported that its Echo Dot and Fire TV Stick with Alexa remote were the best-selling products in any category in all of Amazon.com.

One in five (20%) online consumers plan to purchase a voice-controlled smart speaker during the holiday season, according to a new national study.

The study comprised a survey of 1,000 online consumers 13 and older conducted by Jacobs Media Strategies, Jacapps and Sonic AI.

Many (18%) households already have at least one smart speaker, with 40% of them owning two or more.

Amazon and Google are making a big market push for their devices, both discounting their smaller devices, the Amazon Echo Dot from $49.99 to $29.99 and the Google Home Mini from $49 to $29

By age, the highest group expected to buy a device are those 13 to 34 years old. Of households that intend to buy smart speaker this holiday season, here’s the breakdown:

Most notably, those who already own a smart speaker are three times more likely to be buying another one.

Looks like many voice assistants will be lying in wait under the Christmas tree this year.