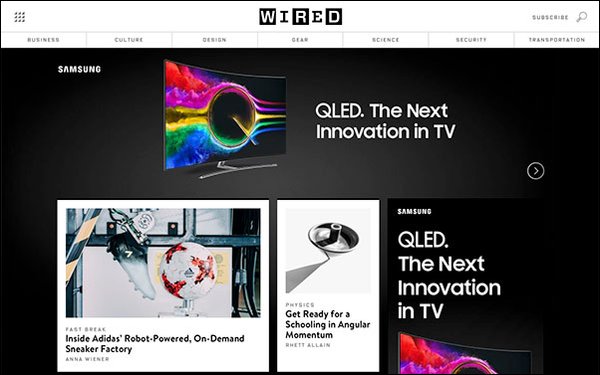 Condé Nast-owned tech magazine Wired is planning to put up a metered paywall in January.

Wired editor-in-chief Nicholas Thompson told The Wall Street Journal, which first reported the news, that he expects a digital subscription to cost less than Spotify Premium, which runs $9.99 a month.

Thompson also said Wired has not yet decided how many articles visitors will be able to read for free each month. He was editor of NewYorker.com when the site launched a metered paywall in 2014.

Thompson, who was a Wired editor for five years before joining The New Yorker in 2010, was appointed editor of Wiredin January.

Condé Nast told WSJ that paywalls may be put up on its other properties next year, as print revenue continues to dip and media companies vie for a piece of the digital advertising pie not consumed by Google and Facebook.

The editor of Wired also told WSJ that going forward, he will tune the magazine's focus to become less general-interest and more for "tech obsessives," covering topics like artificial intelligence, genetic engineering and automation more closely.

The idea is that this tailored concentration on technology will appeal to more readers, and likely advertisers, too.

Also coming in 2018 for Wired? A store at Newark International Airport’s Terminal B. Condé Nast previously announced it has partnered with airport retail developer Pacific Gateway to sell the latest gear and gadgets.

In April, whispers were going around that Vanity Fair was planning to introduce a paywall to its digital content by the end of this year.