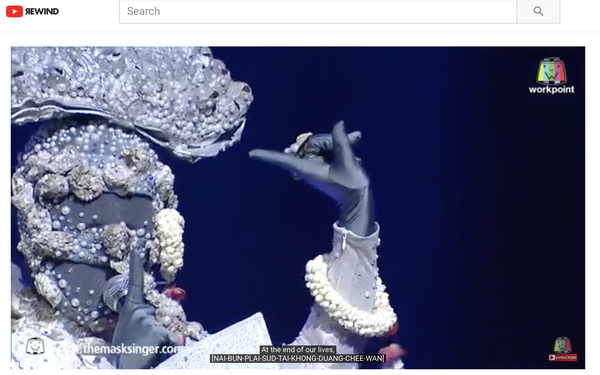 A 12-year-old ventriloquist sings. Ping-pong players execute  trick shots using Oreo cookies. Adorable kids interrupt a professor's live appearance on the BBC. All these scenes were part of YouTube's top-10 videos of 2017, picked according to criteria that included  total views, comments, shares and likes -- with total engagement more of a factor than simply picking up millions of views by going viral.

The number-one video (pictured above) was from a singing competition in Thailand, where contestants perform while wearing elaborate masks.

YouTube also released a list of the top 10 advertisements published on the platform. Not surprisingly, Super Bowl ads performed well, with Mr. Clean, Kia, Apple and Budweiser ads from the big game making the cut.

But the number-one YouTube ad of 2017 was from Samsung India Service, the company’s subsidiary in India. A branded ad from the Dude Perfect team made the list, as did an ad for Miss Dior.