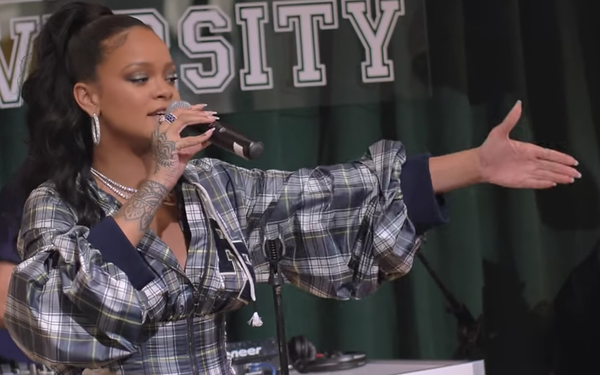 When it comes to shaping the way the world sees fashion, superstar Rihanna, singer Selena Gomez and model Bella Hadid are the world’s most powerful influencers. That’s according to a new ranking from Lyst, the style source that lets the world now which fashion brands are winning based on global searches.

Lyst also noted other fashion moments that drove curious people to their search engines, making the Gucci Marmont the year’s most-wanted fashion accessory, signaling the beginning of the end of the skinny jeans trend and showing a profound interest in Rompergate (remember, the men’s shortsuits that frightened the Internet earlier this spring?)

Gomez, with her 120 million Instagram followers, appears in ads for both Coach and Louis Vuitton.

Lyst says it bases its ranking on spikes in demand created by 50 global superstars throughout the year, looking at search and sales response to some of the stars’ most talked-about outfits. (Lyst has 80 million users, and 120 million searches.)

Of course, fashion has plenty of non-celebrity muses, too. A recent Forbes ranking of the top social media influencers says the 10 most powerful fashion bloggers have a total reach of some 31.8 million. (Danielle Bernstein is No. 1, followed by Julia (Gal Meets Glam) Engle, and Chiara (The Blonde Salad) Ferragni.)

But new research shows that even as young fashionista rely more on these powerful influencers when they go shopping, they trust them less. Dealspotr, a social shopping channel, says its annual research on Millennial buying habits finds that people are less accepting of what influencers say, do and wear than they used to be, with 52% saying they trust these social media stars less.

"Millennials now trust social media influencers more than their friends and family for fashion picks and recommendations," says Dealspotr CEO Michael Quoc, in the release. "However, as the influencer economy matures, brands must be hyper-aware of shifting perceptions and increasing skepticism towards online influencers when crafting an influencer marketing strategy."