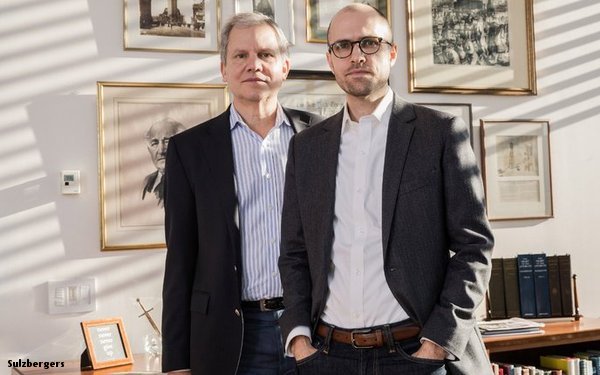 Carrying on the tradition of a family newspaper publishing dynasty, The New York Times Co. this morning announced that Arthur O. Sulzberger Jr. will retire as publisher at year's-end. He will be succeeded by his son, deputy publisher A.G. Sulzberger.

Arthur O. Sulzberger Jr., 66, will continue as chairman of the company. He has been publisher since 1992.

A.G. Sulzberger, 37, began his career as a reporter at The Providence Journal and The Oregonian before joining The New York Times’ metro desk in 2009. He later worked as a national correspondent, covering the Midwest as head of the Kansas City bureau.

“A.G. has been one of the architects of The Times’ digital transformation and was the principal author of the 2014 Innovation Report, which focused on growing and engaging The Times' digital audience. He has also been one of the driving forces behind The Times’ business strategy, including the shift to a subscription-first business model,” the company said in a statement.