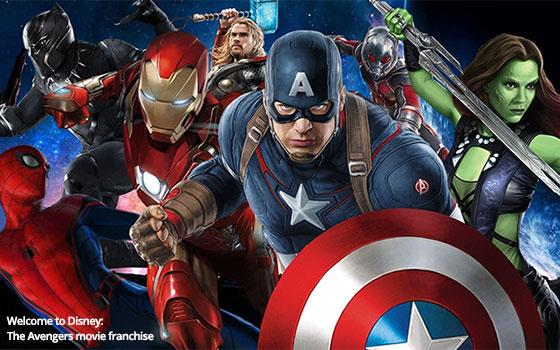 The Walt Disney Company’s $52.4 billion deal to acquire much of 21st Century Fox will expand the company’s presence in film and television.

Still, as Disney CEO Bob Iger said on a call with investors Thursday, the company’s future is in streaming, direct-to-consumer video.

The Fox acquisition is part of what Iger said is a plan to “greatly accelerate” direct-to-consumer offerings, which are “a vital part of our long-term strategy.”

The combined company would own a controlling stake in Hulu, which offers live and on-demand video services. It would also give Disney a large library of content to bolster its streaming video services.

Assuming the deal closes, Disney would own 60% of Hulu, with Comcast owning 30% and Time Warner owning 10%. Iger said the companies then plan to greatly expand the streaming service, funneling more Disney and Fox content to it to gain marketshare against companies like Netflix and Amazon.

“Having control of it will enable us to greatly accelerate Hulu into that space, and become an even more viable competitor to those out there,” Iger said. “Managing Hulu becomes more clear, more efficient and more effective with a controlling shareholder, rather than equal partners.”

Disney will effectively have three U.S. streaming products: the family-focused Disney, bolstered by Fox content like Marvel, Nat Geo and Avatar; sports-focused ESPN, complementing the TV channel and the regional sports networks; and the adult-oriented Hulu, which will include content from FX and the Fox TV studio.

Iger also suggested that Disney could offer a mega-bundle with an array of live and on-demand content from all of its properties.

“We believe it is possible that the consumer may want to be choosy," he said, noting that some people may only want family or sports fare. “Some may want all of it, by the way, and we will certainly make that available.”

Disney has no intention of abandoning the traditional TV business model, but as it develops new streaming video services built around the Disney and ESPN brands,  the company will be “in a position to flip a switch and go direct-to-consumer” should traditional models fall apart, Iger said.

Analysts had mixed reactions to the deal. Pivotal Research group’s Brian Wieser wrote in a research note that “Disney’s direct-to-consumer content distribution acquisitions potentially help establish a portfolio of approaches," and that Disney taking control of Hulu would be a “significant benefit.”

BTIG’s Richard Greenfield, meanwhile, says that “Disney is not leaning into the future” with the Fox deal. “As it attempts to move into a streaming future, Disney is bolting on legacy media assets that will compose over 30% of Disney’s aggregate enterprise value,” Greenfield says, adding that the deal “could curtail the future of the vMVPD business model,” because Disney could restrict its programming and channels to other streaming services, such as Sling TV.

Whatever the result, Disney is poised to reshape the streaming video marketplace. As more and more ad spending moves to OTT and online video platforms, Disney is banking on its premium TV and film content to lure subscribers as well as advertisers.