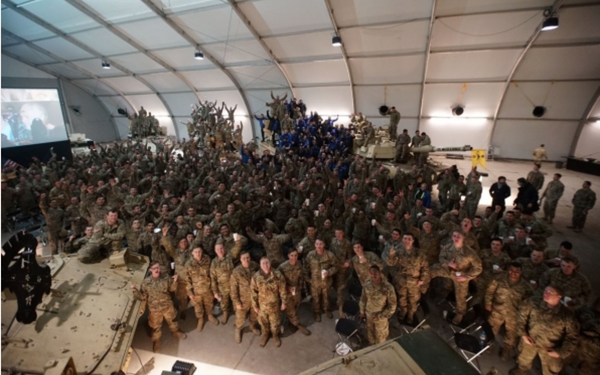 Hyundai Motor America is returning to the Super Bowl with in-game advertising and experiential activations in Minnesota.

The automaker has advertised during the game for 10 of the past 11 years and is the official car and SUV of the NFL.

The company plans an integrated and multidimensional Super Bowl LII campaign that will communicate its “Better Drives Us” philosophy and introduce consumers to the newest vehicles in its lineup. The effort is being developed by Hyundai’s agency of record, Innocean Worldwide.

Super Bowl LII will be played on Feb. 4 at U.S. Bank Stadium in Minneapolis and will be broadcast on NBC.

Hyundai will have activation spaces at the Super Bowl Experience driven by Genesis, an interactive NFL “theme park” in the Minneapolis Convention Center and at Super Bowl Live, a free fan festival at Nicollet Mall in downtown. Hyundai is also bringing to the city approximately 275 vehicles, which will serve as transportation for teams, staff, volunteers and other local groups. Advantage is managing the Super Bowl activations for Hyundai.

The Super Bowl continues to be a great platform to entertain consumers and deliver brand and product messages to a massive audience, says Dean Evans, CMO, Hyundai Motor America. Being an NFL sponsor gives the automaker the ability to integrate the effort across TV, digital, social and on the ground in Minnesota, and immerse Super Bowl fans in the latest vehicles and technologies Hyundai has to offer.

“We welcome the creative challenge and the opportunity to test and hone our Super Bowl formula, which has found success the past several years,” Evans says in a release.

Hyundai has struggled of late as consumers prefer utilities over sedans, and Hyundai is best known for its cars, says Autotrader Senior Analyst Michelle Krebs.

Last year, Hyundai’s Operation Better, a 90-second documentary that ran at the conclusion of the first overtime game in Super Bowl history, featured an emotional reunion and tribute to the U.S. military. Hyundai shot, edited and produced the piece during the game and captured a surprise moment when overseas troops watching the game in custom-built, 360-degree immersive pods were reunited with their families who were at the stadium. Response to and engagement in the piece was overwhelmingly positive, as it was viewed more than 72 million times across various platforms.

The spot was “particularly notable, clever and risky,” Krebs says. Hyundai also has used the Super Bowl to raise awareness of its new and award-winning models and the launch of its Genesis brand, she says.

In 2016, Hyundai became the first car company to win the USA Today Ad Meter, when its spot “First Date” beat more than 60 other Super Bowl 50 commercials. Hyundai’s impressive performance that year also included fifth- and sixth-place finishes for “Ryanville” and “The Chase,” respectively, giving Hyundai the top three automotive ads and making it the only advertiser to have three spots place in the top 10.