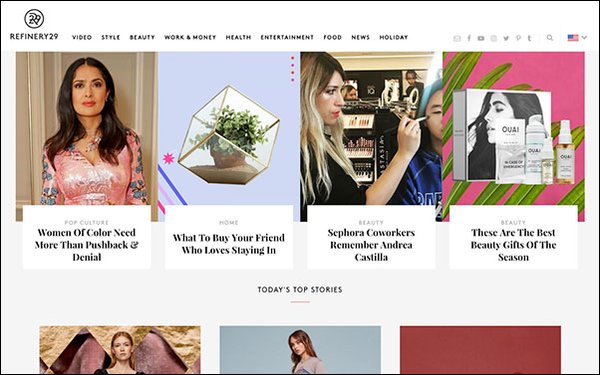 Refinery29 will lay off 34 staffers to cut costs, joining a number of publishers making economic decisions before the new year.

Refinery29’s cuts represent about 7.5% of its workforce, according to a memo from co-CEOs Philippe Von Borries and Justin Stefano.

“This year has been a challenging one, not just politically and socially, but as it relates to the worlds of media and advertising,” they wrote.

“We are not immune to the challenges and tough decisions that come with adapting to this turbulent moment in time, despite our growth and momentum,” the memo continued.

The lifestyle-focused digital company, which appeals to a millennial female audience, will focus on areas that offer the most potential growth, such as original editorial franchises and video series, live entertainment, like the 29Rooms experience, and R29 Intelligence, its data and research engine.

“As dozens of content companies have been funded over the past 48 months, we’re seeing a correction in the digital media space. This is a time when the strongest businesses with the most meaningful brands and diversified revenue streams will continue to shine—and thrive,” they wrote.

Big digital media companies, like Vice and BuzzFeed, are both set to miss their revenue targets for the year. The latter laid off around 100 employees, as well as reorganized its advertising and sales teams. Mashable recently sold to Ziff Davis for around $50 million, though the company was valued at $250 million in 2016.

Refinery29’s latest announcement comes just weeks after the 12-year-old company hired Facebook marketing executive Sarah Personette to be its COO and focus on the company’s sales and marketing efforts.

In March, Refinery29 experienced an executive shuffle that resulted in the departure of CFO Tom Etergino, CRO Melissa Goidel and executive vice president of marketing and strategy Patrick Yee.