Mad For Cryptocurrency? Now You Can Buy Advertising Tokens 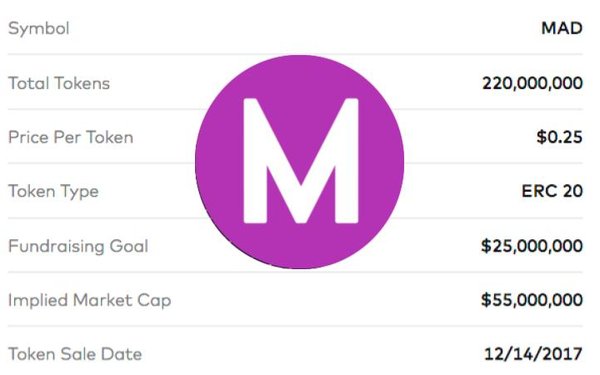 MadHive -- which develops blockchain technology for media and advertising, along with The Mad Foundation -- will generate the sale of "Mad tokens," a cryptocurrency to support an open blockchain network for the advertising industry.

The network’s machine-learning strategy will initially focus on connected TV ad inventory and eventually will move to linear television, beginning with regional and local, and then add other online media, said Adam Helfgott. CEO at MadHive and project lead at the Mad Network. He said the company is in the process of raising $25 million in Bitcoin to fund the development of the Mad Network.

"The currency market cap is about half a trillion dollars," Helfgott said. "It's small in comparison to global finance, but it's still in its early stages."

A blockchain, which acts as a peer-to-peer network, facilitates the exchange of data without the need for third-party verification. The move will give advertisers more opportunities to establish new connections with consumers, and publishers will gain insight to better understand their audiences.

The companies will use the funds to build the blockchain that supports the ad transactions. The network will use Ethereum to secure the financial transactions.

The company plans to distribute about 220 million tokens.

Helfgott believes this technology will change the media industry. "For every dollar spent on linear television that doesn't go through digital, about 80 cents goes to the publisher," he said. "As soon as I put that show on Hulu or anywhere online, I get 20 cents."

This gives Google and Facebook an incentive to enter the television space, which will create competition. Blockchain technology will help to redefine the economics, Helfgott said.

Government regulations could introduce challenges. The United States does not yet have many regulations, but South Korea is implementing new bitcoin guidelines that would prohibit minors from tom investing in cryptocurrencies and possibly taxing capital gains made from bitcoin trades.

South Korea, which banned initial coin offerings in September, is the third-largest market for bitcoin, and the biggest for bitcoin rivals Ethereum and Litecoin. The move follows bitcoin’s debut on a U.S. exchange, according to one report.