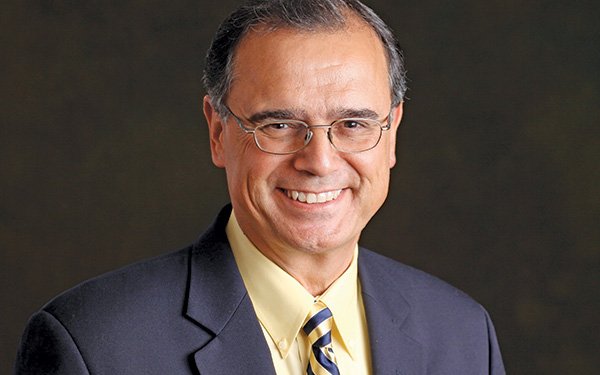 In marketing and media today, disruption is so constant, so fast and so furious, that it is the status quo. Yet the most disruptive force in the business today is neither a breakthrough technology nor a killer concept.

Rather, the agent of overwhelming change is a thoroughly conventional, 107-year-old trade organization, the Association of National Advertisers. Leading its charge is a most unlikely revolutionary: ANA CEO Bob Liodice, now also Mediapost’s 2017 Media Executive of the Year.

Last year, Liodice was named one of our Marketing All-Stars because of his determined quest to deliver transparency, dubbed the word of the year by ANA members in 2016. His relentless efforts were redoubled this year, keeping the heat on everyone to revise the way they oversee their ad spend.

The sum of his efforts over the past few years has been so transformative, MediaPost chose to up the award ante for Liodice in 2017.

Indeed, when one considers the flammable topic of transparency and all the related issues that have roiled relationships between agencies, clients and the production community in the past two years, no one has done more to keep everyone honest than Liodice. Others have complained about the opaque nature of the digital ecosystem, but he’s been able put a much broader target in his sights, effectively challenging the entire agency-client relationship.

The turmoil began in 2016, when the ANA rolled out a study shedding harsh light on the ugly truth behind rebates, kickbacks and the like in digital media buying (and not coincidentally, creating a row between the ANA and the American Association of Advertising Agencies).

This year, the ANA kept the heat on, releasing two studies, one on commercial production practices and a joint study on programmatic transparency.

“It just steamrolled,” Liodice explains. “We realized that this was a lot more than just a conversation about rebates, but a philosophy we had to break.

“In TV, radio or the business process in general, people understand how the sausage is made, or at least enough of it to have a point of view. But we don’t understand so much about how digital technology works,” he adds.

“We saw almost a paralysis at the marketers, many of whom told us their contracts hadn’t been updated in years. It opened up gaping holes for exploitation.”

Liodice notes that there have been “many quietly renegotiated contracts” as a result, and that almost two-thirds of the ANA membership have acted to leverage the 20016 study’s findings.

In addition, while it is impossible to make a direct connection between the ANA’s efforts and the flood of media reviews that have taken place in the past two years (Walmart, Coke and Procter & Gamble among them), many in the business seem to believe there is one. Ditto the connection to the Justice Dept. inquiry into industry bidding practices that launched sometime after the ANA said it was looking into the commercial practice issues.

The ANA’s paradigm-busting efforts weren’t limited to transparency, either. Liodice is an enthusiastic supporter of the ANA’s seminal #SeeHer initiative, which is dedicated to identifying and eliminating gender bias in ads and programming, and has created a metric that's quantified gender bias for almost 30,000 ads to date, as well as the top 200 network TV shows.

“Bob is changing the marketing industry,” says P&G Chief Brand Officer and ANA Chair Marc Pritchard. “His leadership of the ANA’s mission to drive growth is making a positive impact on individuals, brands, companies and the industry.”