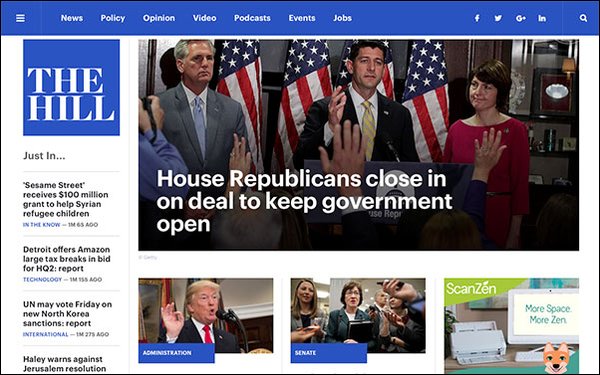 The Hill has hired four marketing executives to build the political news publisher’s branded content business and market its upcoming video slate, set to launch in 2018.

“As we head into 2018, we have major growth plans in the works that will see a great expansion across marketing, video and editorial,” stated James Finkelstein, chairman of Capitol Hill Publishing Corp, which publishes The Hill.

The new marketing team of four will start immediately. They report to Richard Beckman, who was appointed The Hill's first president this summer.

Mclean previously worked at agencies in the U.S and the U.K. He has held CEO roles at direct-response agency Mercury Media and the U.S. division of Omnicom’s PHD. Previously, he was Chief Development Officer at Group M and its media division MEC.

Howell joins The Hill from WhoSay, where she created partnerships between brands, celebrities and influencers. She also previously led client partnerships at Twitter for Fortune 200 beer and spirit brands, as well as launched PureWow, a digital women’s lifestyle site, acquired in January by The Gallery, a sister company of VaynerMedia.

Prince founded a consulting company in 2013 and has worked with international brands in the media, luxury, personal care and nonprofit sectors, including Condé Nast, Glamour, Vanity Fair, Billboard, The Hollywood Reporter, Nest Fragrances, Diamond Producers Association, WME/IMG, ProPublica and Education SuperHighway. He was head of marketing at Time Inc.’s InStyle from 2009 to 2013.