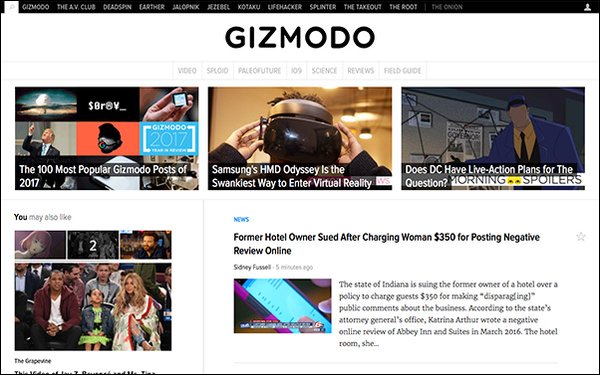 “We are living through turbulent and urgent times and the importance of building on GMG’s legacy of exposing hypocrisy, holding the powerful to account and uncovering abuse can not be overstated. I know that Tim’s fearlessness and drive, along with the talents of this newsroom, will help us do that,” GMG editorial director Susie Banikarim stated in an announcement to staff.

The role is becoming part of the editorial executive team and overseen by Banikarim, who joined GMG in September.

As head of special projects, Marchman will build on the company’s investigative efforts and work closely with the editors-in-chief to coordinate and executive projects across all sites.

Keith Summa, who is SVP of content and programming for Fusion, was overseeing the special projects team in the interim, and will continue as an advisor to help expand the team’s reporting into more platforms, such as documentaries.

The special-projects team was formed in January and is a small investigative unit focused on long-term, in-depth reporting on politics, media, entertainment, technology and President Trump’s administration. That means everything from a piece about Mar-a-Lago’s security weaknesses to how Facebook determines who a user may know.

Known internally as the "Flashlight Team," the unit keeps alive the investigative drive and lifeblood of Gawker, the site that shuttered after a lawsuit bankrupted parent company Gawker Media, which Univision Communications bought and rebranded as Gizmodo Media Group.

The special-projects team investigates and produces stories on behalf of the other Gizmodo Media sites.

Marchman has been the editor of Deadspin since 2015 and at the site since 2013. He previously worked at the New York Sun and New York Press, and is founder of sports site The Classical.

Gizmodo Media Group is part of Fusion Media Group and a division of Univision Communications.