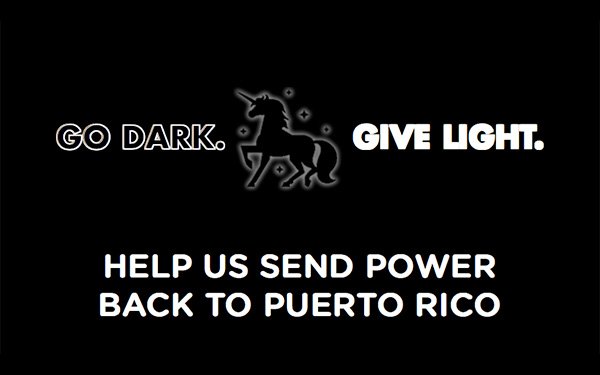 Like other agencies, DigitasLBi is combining holiday cheer with charity.

The Publicis Groupe agency will donate the money saved by closing its six offices and shutting down its social-media channels for one week to Light Up Puerto Rico to help restore power across the island.

The agency reports more than 40% of Puerto Ricans are still without power months after being hit by two hurricanes.

The agency is also encouraging others to do the same by shutting off lights when they aren't in use and making a donation to the organization.

This year’s DigitasLBi holiday card was designed by the agency’s Young Unicorns — a pilot program started in Boston — which gives junior creatives an opportunity to diversify and build their portfolios by taking on projects outside of their daily client workload.

This Young Unicorns program will soon be expanding to other DLBi offices across the U.S.