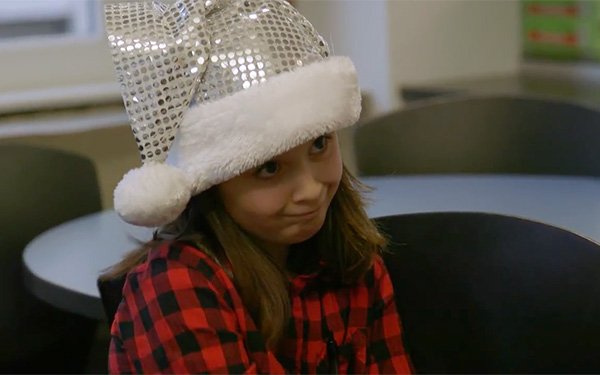 Spreading Love, supporting causes and mocking Adland obsessions are all part of the fun in this latest batch of holiday wishes from ad shops.

Seattle-based Copacino+Fujikado is making fun of the advertising world's obsession with Millennials with its holiday card.

Staffers are seen in the video citing absurd  numbers attributed to the next big generation Gen Z, such as 40% of Mariners baseball tickets are purchased by 5-7-year-olds directly and highlighting its newest creative hires, two 9-year-olds who made Adweek's "Nine Under Nine" list. The clip ends with one young talent saying: "Wieden called me today."

Mintz + Hoke is producing a low-cost holiday card in order to donate the money saved to support its longtime passion project Habitat for Humanity (HH). The video inserts holiday graphics, including a gingerbread man and ornaments, into its video chronicling a recent HH project.

Boston-based Connelly Partners is sending the message of unity this holiday season with the agency's Decided to De-side holiday card. Recipients interact via the desktop, mobile or print version by viewing each side of the message — Believe in hate, Love will not win — and then revealing the middle which is the overall intent: Believe in love, Hate will not win.