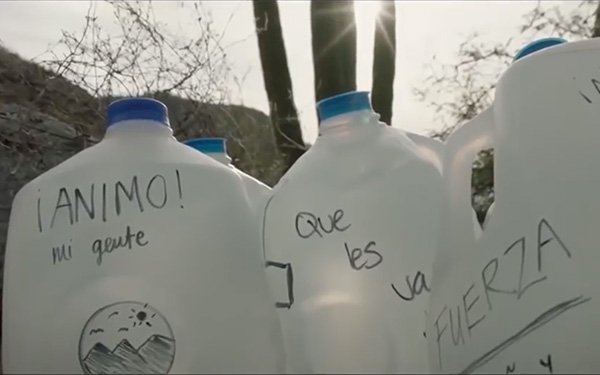 Kind Snacks and its agency Y&R New York are introducing a content series that the brand says is not designed to be controversial but instead spark a conversation around how "radical, active kindness is the only thing that can create bonds rather than divisions," says an agency spokesperson.

The “More Than Nice" video, produced by three-time Oscar-winning cinematographer Emmanuel Lubezki, shows the efforts of a group of volunteers who leave jugs of water across the U.S.-Mexico border to prevent deaths in the desert.

While immigration may be a hot-button issue, the brand says this message isn't designed as a political position: "We see it as a humanitarian one."

The video runs across social media and YouTube, all supported with the hashtag #morekind to encourage people to showcase what kindness is to them.

The snack brand is also seeking people to share their own take on radical kindness by submitting a written essay, photo or video to this site.

A panel of judges, including StoryCorps' David Isay, LinkedIn's Jeff Weiner and Thrive Global's Arianna Huffington, will select three winners who will receive $25,000 to donate to the charity of their choice, along with resources to help fund their next creative project.

To date, there have been more than 300 submissions with a little more than one month before the deadline, Jan. 31.