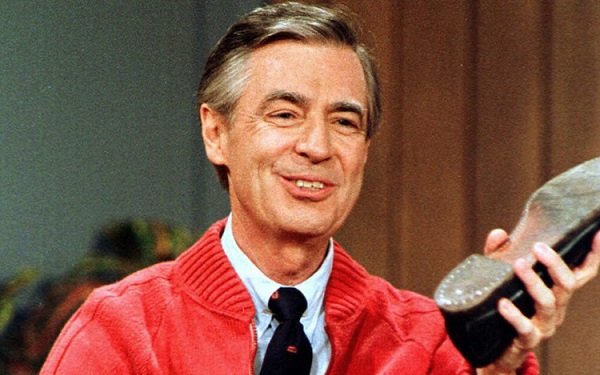 A new documentary coming to movie theaters in 2018 will hopefully bring at least a miniature revival of the memory of Fred Rogers, who was unique in the history of television.

The documentary, “Won’t You Be My Neighbor?,” is due to be released June 8. It gets its title from the famous question Rogers posed in the opening song he sang on “Mister Rogers’ Neighborhood.”

The documentary is about Rogers, but indications are it will also explore more general themes related to the question in the documentary’s title.

“Fred Rogers spent 50 years on children’s television beseeching us to love and to allow ourselves to be loved,” reads a description of the documentary on the Web site of Impact Partners, one of the film’s production partners.

“With television as his pulpit, he helped transform the very concept of childhood,” the description asserts. “He used puppets and play to explore the most complicated issues of the day -- race, disability, equality and tragedy. He spoke directly to children and they responded by forging a lifelong bond with him -- by the millions. And yet today his impact is unclear. ‘Won’t You Be My Neighbor?’ explores the question of whether or not we have lived up to Fred’s ideal. Are we all good neighbors?”

The documentary’s director is Morgan Neville, who won an Oscar for his 2013 documentary, “20 Feet from Stardom,” about the lives of backup singers who support music stars onstage.

Fred Rogers is a great subject for a documentary: a man whose fame was widespread due to the length and consistency of his career (“Mister Rogers’ Neighborhood” premiered nationally in the U.S. in 1968).

For all the years that his show was on PBS, he never wavered from the role of the soft-spoken neighbor, who arrived home at the beginning of every episode and invited everyone in his audience to be his neighbor.

The show ceased production in 2001, and he died in 2003. That might not seem like very long ago, but it sometimes feels as if Rogers has been largely forgotten in the intervening 14 years -- a period when the landscape of television and media moved far afield from the ideals he represented.

Compared to just about everybody else I have ever encountered in the TV business in more than 35 years of writing about it, Fred Rogers was like an alien being.

I once wrote of him, following an interview he gave in August 2001 to John Donvan on ABC’s “Nightline,” that “his statements about television and its capabilities and promise, its potential to ‘nourish the human family’ [his words] were so rare and unusual that they may as well have been uttered by a Martian who’d just arrived with no understanding of the planet earth.”

Here’s part of what he said on “Nightline” that night: “Those of us who are the producers and purveyors of television are servants of the people. And if those who sponsor programs and those who sit on boards of directors of [companies] that own networks, if they would simply watch what’s on their air and say to themselves, ‘Do I want my family watching this?’ I think that the ...  climate would change and the landscape of television could be what it’s meant to be, and that is a landscape of nourishment for the human family.”

Elsewhere in the “Nightline” interview, Mister Rogers referred to the space between a TV screen and a child as “holy ground.” He believed that TV was “a holy enterprise” capable of performing miracles. Far from expressing cynicism about television, this highly educated, ordained minister regarded television as “a mysterious wonder.”

“Today his impact is unclear,” suggests the promotional copy about the Fred Rogers documentary. It’s an interesting hypothesis, and I look forward to seeing how it is explored in the film.

“A landscape of nourishment for the human family”? We shouldn't hold our breath waiting for that to happen. However, we can still thank heaven we once had a TV personality like Fred Rogers in our midst -- someone who was courageous enough to pose the challenge anyway.