HGTV Was New Year's Day Champ With All New Shows 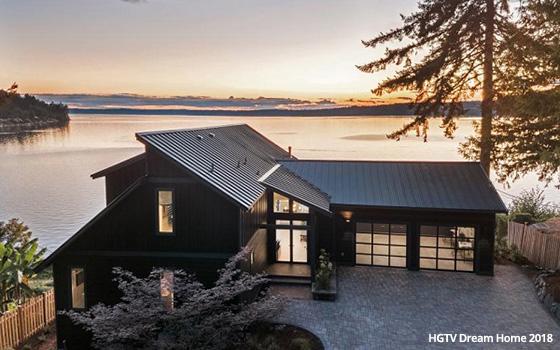 HGTV did something on New Year's Day that is all but unheard of on a holiday: The network ran new shows all day long, and even introduced at least four new series during the day.

Somehow, the people who run HGTV have concluded that New Year's Day is a very sedentary holiday for most people -- a great many of whom like to do nothing more on that day than lazily watch TV. And apparently, these people love to watch the voyeuristic house-tour shows on HGTV.

So the network programmed an entire day of house-hunting shows, including new episodes of long-running series such as “House Hunters” and episodes of new house-tour shows sporting new titles, although they all follow the same basic pattern.

That pattern is: People just like you and me are seen in the process of touring houses for sale, after which they pick one. It's that simple. And it's pure genius.

As far as I could tell, HGTV's all-day lineup of new shows on New Year's Day began at 10 a.m. (Eastern) with two new episodes of “House Hunters,” followed by two hours of live coverage of the Rose Bowl Parade from Pasadena.

Co-hosted by Nancy O'Dell and the HGTV “Property Brothers” Jonathon and Drew Scott, and featuring the tireless Brian Balthazar, HGTV's annual Rose Parade show has become an annual viewing tradition in our house. Other networks air the same parade, but HGTV's coverage is by far the best. It's no contest.

Then, after the parade from 1 p.m. to 8 p.m., HGTV had one house-hunting show after another: Two back-to-back half-hour episodes each of “Caribbean Life,” “Bahamas Life” (new), “Island Life,” “How Close Can I Beach?” (new), “Paradise Bargain Hunt” (new), “Lake House Hunters” (new) and “Beach Hunters” (not sure if this one was new or not, but the episodes were).

This is a house the network has worked on renovating and redesigning all year and then gives away in a sweepstakes. HGTV has been doing this at least since 1997 (according to HGTV.com).

Along with the house, the winner also gets a free car and $250,000 in cash. The house is fully furnished, too, under the supervision of a professional designer.

This year's house is on the shoreline overlooking Puget Sound near Seattle (photo above). As in past years, this house comes complete with an array of sponsors who helped fund and supply the renovation and prize package.

This year’s advertiser-partners include Honda (the sweepstakes winner receives a new Accord), Lumber Liquidators (for flooring), Wayfair.com (for furniture and accessories), Cesar Dog Food (to go with the architectural dog house that was also built in the home's yard), Inspired Closets (a company that installs custom closet cabinets and racks), Cabinets to Go (kitchen storage), Peleton (exercise bike), Belgard (pavers and stone work), Delta (faucets), Simpli-Safe (home security), Sherwin-Williams (paint) and others.

In addition to commercials, all of the home's sponsors got ample airtime during the show as sales reps for most of them came onscreen to discuss their brands' attributes with the renovation's principal designer and builder.

In stark contrast with the way some other networks have chosen to start the new year (see yesterday's review of the depressing new Fox series “9-1-1”), HGTV spent the first day of 2018 showcasing a traditionally patriotic and all-American event (the Rose Parade), then spent many hours exploring the subject of home ownership (which happens to be the American dream for many) and then topped it all off with a great sweepstakes that will award some lucky person a new home that will fulfill that very dream sometime in the new year.

Thank you, HGTV, for giving us something that is in short supply on TV: Hope.