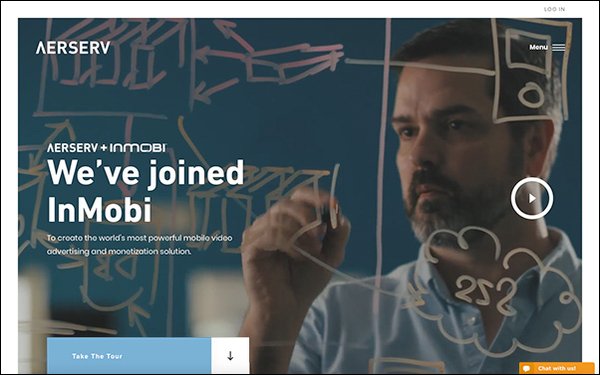 InMobi announced the acquisition of AerServ on Wednesday. The $90 million cash-and-stock deal is set to create what company executives describe as a mediation platform with a programmatic auction for mobile in-app publishers.

The deal gives a boost to InMobi's video and programmatic business, which now will account for 35% of the company's overall revenue. AerServ runs more than 90 billion ad sessions monthly and provides access to programmatic strategies for brands to reach consumers through more than 2,000 mobile apps, increasing the scale of InMobi Exchange.

Abhay Singhal, co-founder and chief revenue officer at InMobi, estimates the deal will double the "profitable" combined company's headcount in the U.S., establish a product and tech hub for InMobi in Los Angeles, and enable the new company to take a stronger "leadership position in video advertising."

AerServ has integrations with more than 75 data service providers (DSP), exchanges and agencies worldwide, enhancing InMobi’s global footprint and together cover a large majority of the Fortune 500 brand buyers.

The companies believe that combined, they hold at least a 90% viewability and 70% video completion rate, which they say is more than double the industry benchmark for mobile.

Overall, the acquisition aims to give advertisers the insight and transparency into the programmatic platform that delivers on high-quality ad inventory and the ability to be independently verified, expanding on InMobi's mobile video footprint globally.