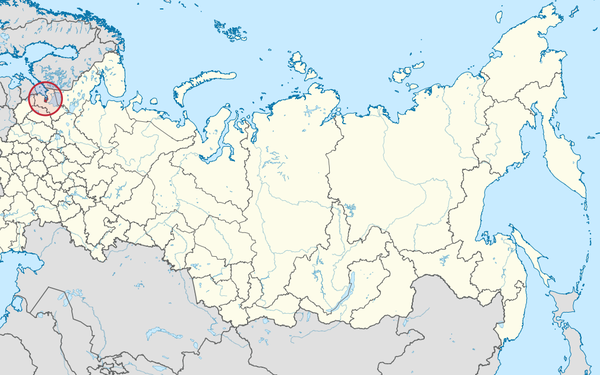 Vision, innovation and leadership show up in many places in the media industry — but not necessarily at noble, well-intentioned or transparent companies.

Normally, we don’t get to see the “use cases” or most effective results of clandestine media -- the kind executed by intelligence agencies -- but thanks to Special Counsel Robert Mueller’s investigation into Russia’s interference in the 2016 U.S. Presidential election, we have had a unique opportunity to see it up close, if in an uncomfortably personal way.

This media campaign, which was overseen largely by Russia’s Internet Research Agency (also known as Glavset), a Saint Petersburg-based company that engages in online influence operations for the Russian government, executed what was arguably the most effective and efficient ROI in recent history.

For well under $1 million in paid-media spend placed mainly on Facebook, Twitter and Google, the IRA influenced the news -- real, fake or otherwise -- that American voters saw before, during and after the Presidential election.

The IRA qualifies for MediaPost’s 2018 awards because intelligence and national security experts say the agency’s “active measures” are still very much active. And while the big digital media companies have changed their policies for accepting paid media from hostile foreign powers, the IRA has demonstrated continual improvement and adaptation, leveraging data, content, technology and especially “earned media” to continue its influence campaigns. Armies of trolls and/or bots continue to influence social media feeds, and are even known to precision-target one highly influential Twitter user based on Pennsylvania Avenue.

The post-analysis of IRA’s 2016 campaign -- shared as part of the testimony of Congressional hearings -- demonstrates the IRA’s award-worthiness.

The agency’s 2016 paid-media effort was arguably one of the most cost-effective in the history of media buying. A $100,000 paid-media buy on Facebook, for example, returned enough earned media to compare with the the $81 million in paid social-media buys bought by the Clinton and Trump campaigns leading up to the election.

“I’m not a great mathematician, but $46,000 [vs.] $81 million. Would that be like five one-thousandths of one percent?,” Senator Roy Blount noted while questioning Facebook General Counsel Colin Stretch during the Senate’s hearings. (The $46,000 was derived from an estimate that 46% of the IRA’s $100,000 Facebook buy came before the election.)

“So the fact that we’re talking about it today, it certainly seems like they got their money’s worth after the election, whether they got it before or not,” Blount responded, adding: “We’re still talking about five one-thousandths of one percent of the Facebook money spent. And that was just by Clinton and Trump.”

Stretch noted that the paid posts were a fraction of the impact the IRA generated from “organic content, unpaid posts, if you will.”

“On the free media, maybe we have to be very thoughtful here about what is voter suppression here and what is not,”  Blount said. He concluded by noting that was an “unbelievable obligation” for both Congress as well as digital media companies to take on, “whether it is possible or not.”

With a minuscule media budget -- the IRA also spent tens of thousands of dollars placing ads on Google products including YouTube, search, Gmail and via the DoubleClick ad network -- Russia effectively turned one of America’s engines of commerce, digital media (using programmatic media-buying and audience-targeting technologies) into a weapon of mass destruction. The weapon didn’t destroy people or buildings, but it played a significant role in undermining democracy.

“If Vladimir Putin is using Facebook or Google or Twitter to, in effect, destroy our democracy, the American people should know about it,” Senator Richard Blumenthal (D-Connecticut) said Oct. 17 on MSNBC’s “Morning Joe,” just as the Senate was debating measures that would require Facebook and other digital media companies to disclose when foreign adversaries, especially Russia, are paying for the ads their users see in their feeds as adjacent display units.

Blumenthal said disclosure is crucial to combating the effects of paid disinformation campaigns.

“Russians are paying for this,” Blumenthal offered as an example of a public disclosure. “[It’s] coming to you straight from Vladimir Putin as part of a campaign to sow discord, to undermine our democracy.”

As America heads into its 2018 midterm elections, and as the IRA plies its trade in the democratic elections of other nations, the state-sponsored agency no doubt will continue to innovate how it leverages media. Whether it continues to lead the media industry depends on whether every democracy it seeks to undermine can outthink, outmaneuver and stay one step ahead of it.