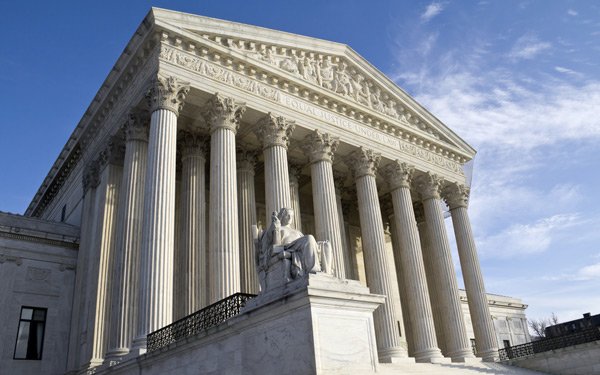 The Supreme Court has agreed to revisit a 26-year-old decision that prevented states from requiring many online retailers to collect sales tax.

The court late last week said it would consider South Dakota's attempt to revive a 2016 state law that requires out-of-state retailers with more than $100,000 in annual sales to South Dakota residents, or more than 200 transactions per year with South Dakota customers, to report and collect sales tax.

Online retailers Wayfair, Overstock and NewEgg challenged South Dakota's law, arguing that it was invalid due to a 1992 Supreme Court decision. That ruling, which involved the office supply company Quill Corp., banned states from requiring catalog companies to collect sales tax, unless they had a significant connection to the state -- like brick-and-mortar companies within its borders.

It's not clear whether the current Supreme Court judges will uphold that 1992 decision. Supreme Court Justice Anthony Kennedy recently suggested that state governments should be able to require out-of-state online retailers to collect state or local sales tax. “The Internet has caused far-reaching systemic and structural changes in the economy, and, indeed, in many other societal dimensions,” Kennedy wrote in a concurring opinion in a battle involving Colorado's online sales tax.

South Dakota argues that online retailers' failure to collect tax harms state and local governments, who increasingly lose out on revenue as retail sales continue to migrate online. (Consumers are supposed to pay sales tax even if retailers don't collect it, but many consumers fail to do so.)

The dispute over South Dakota's new tax law has drawn the attention of numerous outside groups, including the American Booksellers Association, which supports the law, and NetChoice, which opposes it.

The American Booksellers Association argues in a friend-of-the-court brief that the court's 1992 decision threatens independent bookstores. "With the advent of smartphones, many customers soon realized that, instead of buying a book from an independent bookstore and paying tax, they could buy the same book from an online retailer using their smartphones and avoid paying tax," that group argues. "As a result of this imbalance -- which is entirely a product of this Court’s decision in Quill -- online retailers that do not collect and remit sales tax for in-state purchases have a significant competitive advantage, which customers have exploited to the detriment of independent bookstores," the group wrote in papers urging the Supreme Court to hear South Dakota's appeal.

But NetChoice -- which counts eBay, Google, and Facebook among its members -- argues that requiring retailers to collect tax in every state and local jurisdiction in the U.S. would unfairly burden companies.

"There are still over twelve-thousand sales tax jurisdictions in the U.S.," NetChoice writes in its friend-of-the-court brief. "Entangling small businesses in a complicated framework of varying taxes, exemptions, administrative requirements, and audits would be unwise."

The group asked the Supreme Court to decline to hear the case. "The Quill standard allows internet start-ups, as well as small and medium-sized online and brick-and-mortar businesses, to exist," NetChoice writes. "It protects them from regulatory burdens that would be both crippling and unfair, and allows them to grow."